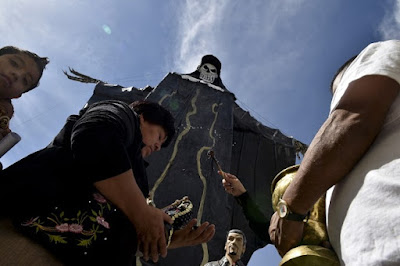 IN every religion, priests must have a ritual ceremony ready for any eventuality ... marriage ... feast days ... holy days ... births ... and deaths.

It is with a weeping eye and a smiling eye that the priests of the modern Religion of Antinous record a funeral service in the name of Antinous.

Our sister group Epithimia Antinous at the TEMPLO DE ANTÍNOO MÉXÍCO has held a memorial service for one of their worshipers ... who died as a result of homophobic violence.

To our knowledge, this is the first funeral ceremony in the name of Antinous to be held since ancient times. 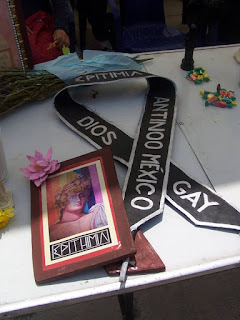 Jorge Fernandez Martinez was brutally murdered by unknown assailants near his home in the the Mexico City suburb of Tultitlán. 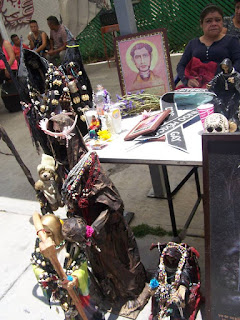 Señora Vargas and her shrine were in the headlines earlier this year when Pope Francis condemned the worship of Santa Muerte as idolatry.

"She has between 10 and 12 million devotees, and she's only been public for 12 years," says ANDREW CHESNUT, author of  Devoted to Death, the first English-language book about the cult.

Before 2001, Santa Muerte was clandestine, with devotees building personal shrines hidden in their closets.

But since Enriqueta Vargas unveiled the first public shrine to the saint in suburban Mexico City, it has spread fiercely throughout Mexico, Central America, and Latino-heavy US cities like Los Angeles and Houston. Chesnut has even tracked the cult's growth to Japan, Australia, and the Philippines. 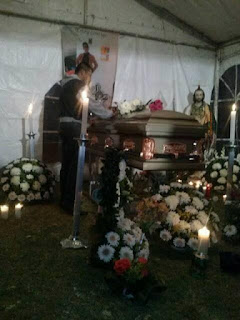 "There's no other new religious movement that can complete with the velocity of that growth," Chesnut says.

It was against this backdrop that Foundation Epithimia of Antinous Mexico took part.