ARCH THROUGH WHICH ANTINOUS STRODE
RECREATED IN TRAFALGAR SQUARE 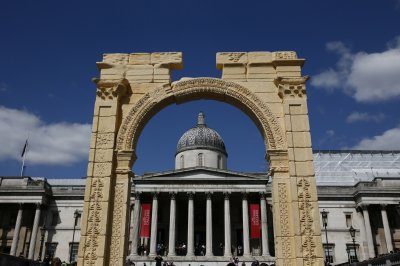 NOW you can see a triumphal arch through which Antinous and Hadrian strode in the ancient city of Palmyra … recreated in the heart of London.

The arch from a Palmyra temple destroyed by DAESH Islamic State barbarians was recreated (in two-thirds scale) in London's Trafalgar Square ... where it will remain for three days before traveling to Dubai and to Times Square in New York City ... as part of UNESCO World Heritage WeekApril 2016. 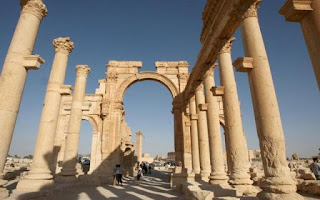 It was recreated from photographs, using a 3D printer.

It was crafted from carrara marble and then shipped in pieces to London. 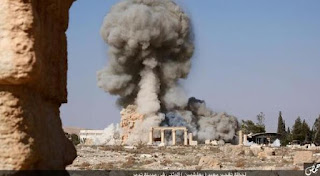 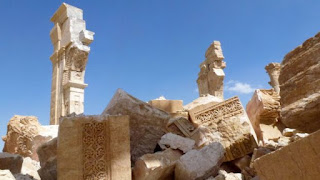 The installation was created off-site and then assembled at Trafalgar Square.

It stands next to the National Gallery and Nelson's Column, both Neo-Classical in style.

The famous 15m (50ft) arch also illustrates Britain and Syria's shared heritage, with the Greco-Roman architecture of Palmyra echoed by the neoclassical buildings of the National Gallery and Nelson's Column.

Posted by Hernestus at 3:40 PM