A well-preserved ancient Roman funerary complex has been discovered at an archeological dig 70 km northeast of Venice which is being called "Little Pompeii" ... because it was buried for centuries by a natural disaster.

Located outside the ancient walls of what was once the Roman colony of Iulia Concordia, now in the town of Concordia Sagittaria, the imposing complex is the largest and best-preserved of that kind discovered in Italy since the 19th Century. 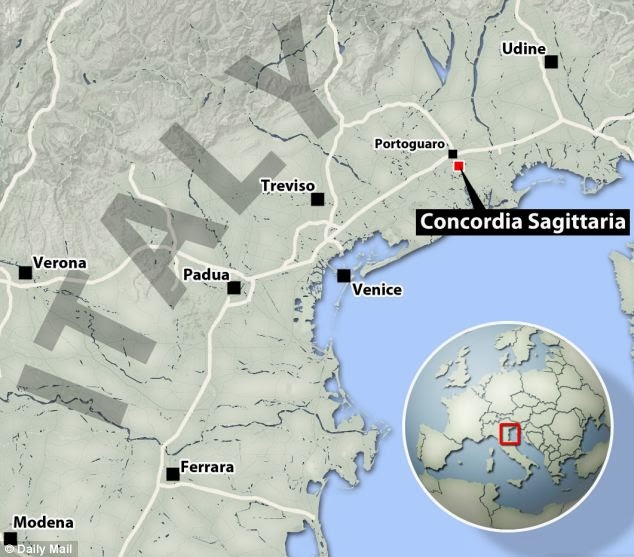 Just as Pompeii was buried by the volcanic eruption of Mount Vesuvius in 79 AD, a natural disaster wiped out and preserved sarcophagi in Iulia Concordia.

Floods swept detritus and sediment across the area in the 5th Century AD, making the ancient structures inaccessible and invisible for 1500 years.

The complex includes a large podium with the remains of two elegant sarcophagi on top, two others nearby, and the base of a third. The remains of a necropolis from the late 1st century BC were also found.