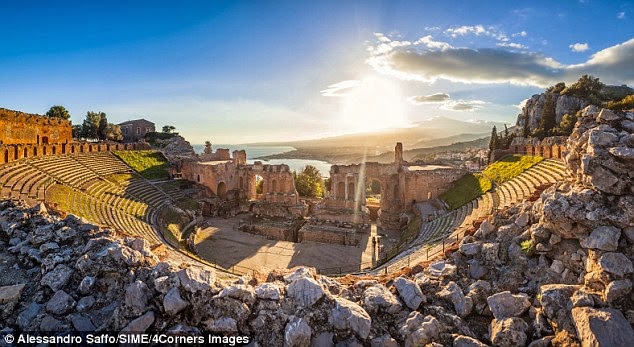 THE Halcyon Days were not just a metaphor but were actually an indication that winters in the 4th and 5th Centuries BC were milder than they are now, according to a Greek scientist.

According to a new study led by Dr Christina Chronopoulou from the National and Kapodestrian University of Athens, the open air plays of the ancient Greeks offer insights into the past Mediterranean climate.

Using historical observations from artwork and plays, Dr Chronopoulou and her colleague investigated a meteorological phenomenon known as the Halcyon days under which the audience of the open theater of Dionysus in Athens would have watched drama in the middle of winter.

“We explored the weather conditions which enabled the Athenians of the classical era to watch theatre performances in open theatres during the midwinter weather conditions,” explained Dr Chronopoulou, who is the first author of the paper published in the journal Weather.

“We aimed to do so by gathering and interpreting information from the classical plays of Greek drama from 5th and 4th centuries BC.”

Ancient Athenians would enjoy the open theatre of Dionysus in the southern foothills of the Acropolis and when possible they would have watched drama in the middle of winter between 15 January and 15 February. 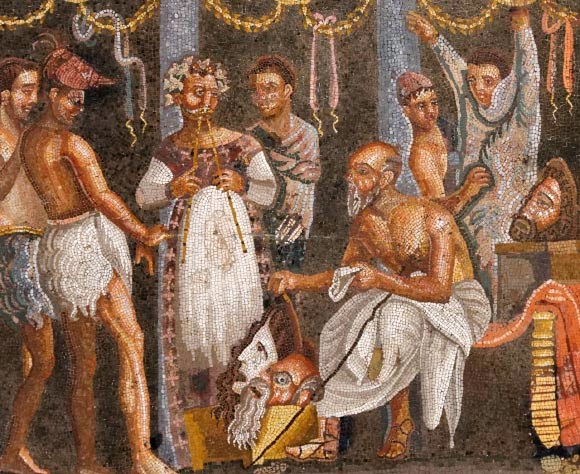 “From Second World War bombing raids to medieval Arabic writings, historians and climatologists continue to turn to surprising sources to help piece together the climate of our ancestors,” Dr Chronopoulou said.

In this case, the scientists turned to the writings of 43 plays – 7 by Aeschylus, 7 by Sophocles, 18 by Euripides and 11 by Aristophanes – and several were found to contain references about the weather.

“The comedies of Aristophanes, often invoke the presence of the halcyon days,” Dr Chronopoulou said.

In the Lenaian play Acharnians (425 BC), Aristophanes writes: “and what I say will be shocking, but right. This time Cleon will not accuse me of defaming the city in the presence of foreigners; for we are by ourselves; it’s the Lenean competition, and no foreigners are here yet; neither tribute nor troops have arrived from the allied cities. This time we are by ourselves. Clean hulled for I count the resident foreigners as the bran of our populace.”

Aeschylus in Agamemnon (458 BC) writes: “I’ve spent my nights on the Atreides roof resting on my elbows like a dog, and come to know thoroughly the throng of stars of the night, and also those bright potentates, conspicuous in the sky, which bring winter and summer to mortals [observing] them as some set and others rise.”

“Combining the fact that dramatic contests were held in mid-winter without any indication of postponement, and references from the dramas about the clear weather and mild winters, we can assume that those particular days of almost every January were summery in the 5th and maybe in the 4th centuries BC.”