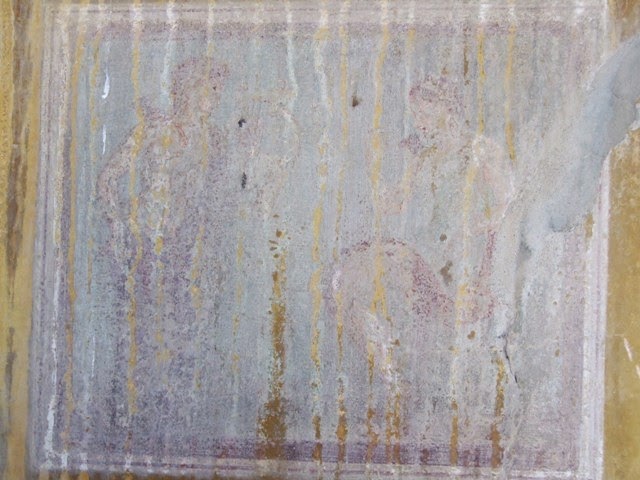 A portion of a fresco of Apollo and Artemis has been stolen from the world-famous archeological site of Pompeii, Italian newspapers reported Tuesday.

The fresco portion showing the goddess, measuring roughly 20x20 cm, was reported missing last week from the House of Neptune by an employee at the world's largest open-air museum, newspapers Il Mattino and Il Messaggero said.

The missing portion depicted the goddess Artemis, who was seated before her brother Apollo. It was stolen by experts who chiseled it out of the wall with archaeological tools, police say.

The area is a part of Pompeii currently receiving funds under the ambitious Great Pompeii Project, which includes 105 million euros allocated by the European Commission for restoration and conservation.

In addition to thefts, collapses in recent weeks have drawn renewed calls to increase protection at the ancient site, with UNESCO warning it could fall down completely without "extraordinary measures".

Italy's newly appointed superintendent for Pompeii and the related sites of Herculaneum and Stabiae, all buried by Vesuvius in 79 AD, has asked for an extension to this year's deadline for spending the EC's 105 million euros to shore up the city miraculously preserved by ash.

UNESCO in July gave Italy until December 31 to apply a series of upgrade measures or face having Pompeii removed from its prestigious list of World Heritage sites. 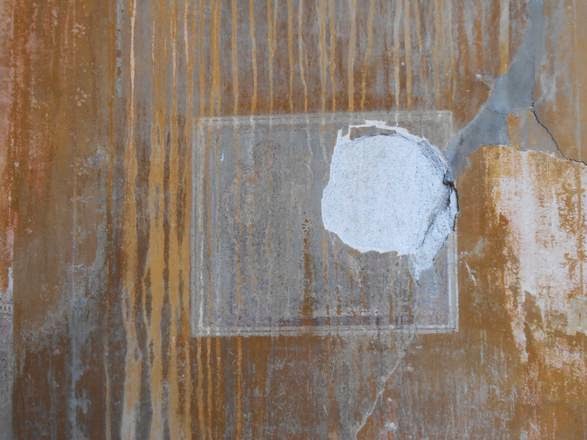 The measures included video surveillance of 50% of the area and a buffer zone around the site.

Rome implemented most of the measures and got an extended deadline for the others.

Heavy rain was blamed for a wall of a Roman-era shop collapsing in Pompeii at the start of the month, a day after two other precious parts of the ancient city ... a wall at the Temple of Venus and another wall on a tomb in the famed necropolis of Porta Nocera ... suffered serious damage from bad weather.

These followed a long and worrying catalogue of bits of Pompeii falling off.

In November 2010 the House of the Gladiators came down, prompting Italian President Giorgio Napolitano to say: "This is a disgrace for the whole of Italy".

In February 2012 a piece of plaster came off the the Temple of Jupiter, one of Pompeii's main attractions.

Then, in September 2012, at the Villa of the Mysteries, an even more iconic building, a five-metre-long flying buttress gave in and went crashing to the ground.

Last November, finally, a wall in one of the ancient city's main thoroughfares, Via dell'Abbondanza, keeled over while another piece of decorative plaster, at the House of the Little Fountain, dropped from the ceiling.

Pompeii has been plagued for decades by accusations of mismanagement, neglect and even infiltration by the local Camorra mafia.


A well-preserved ancient Roman funerary complex has been discovered at an archeological dig 70 km northeast of Venice which is being called "Little Pompeii" because it was buried for centuries by a natural disaster.

Posted by Hernestus at 5:54 PM