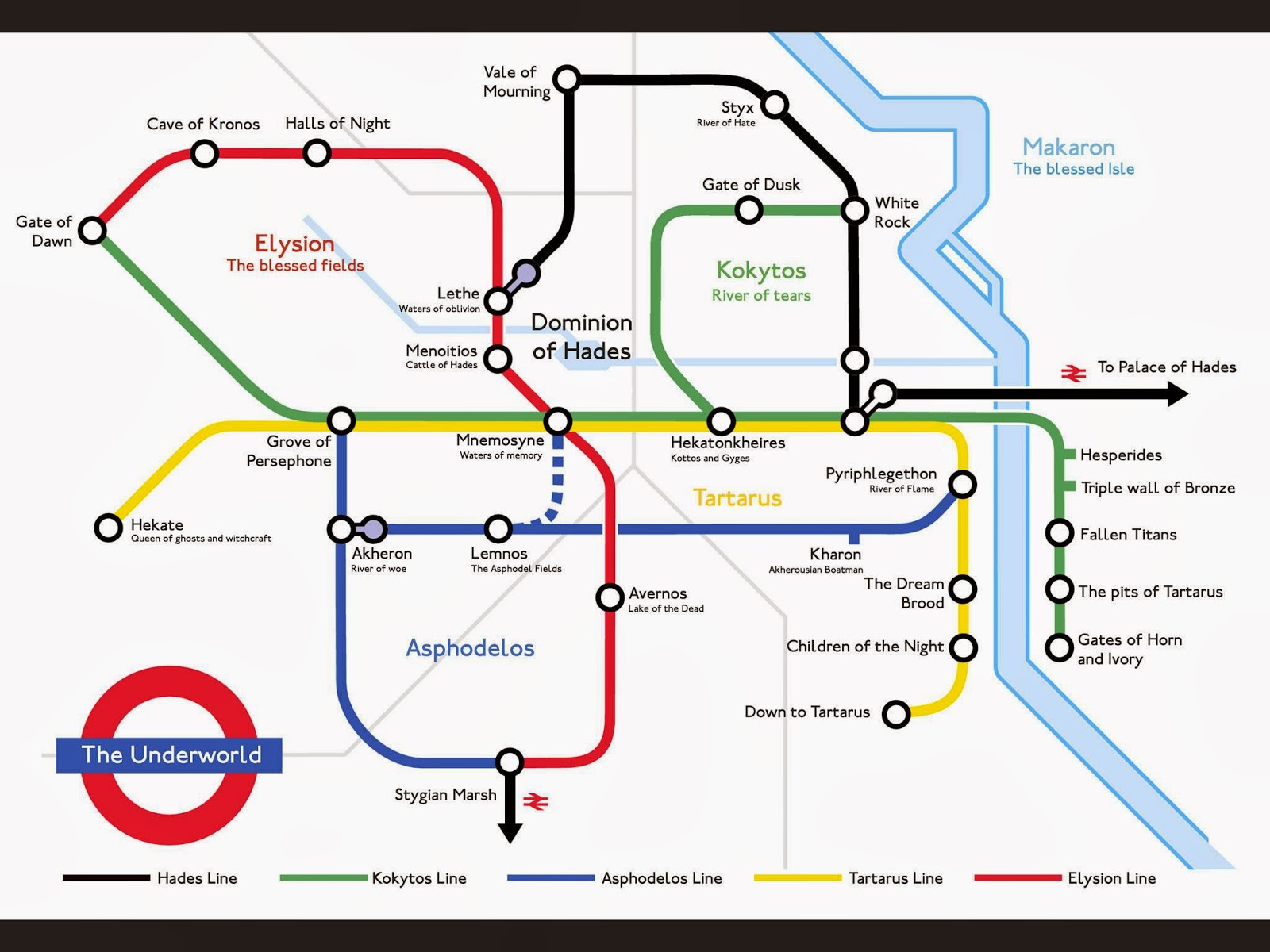 THE London Underground Tube has been re-imagined as the Classical underworld ruled by Hades … all for the benefit of a modern charity.

"The Underworld" map cleverly re-imagines the traditional London Underground map to advertise a project by the educational charity The Iris Project.

The map shows the black line that usually represents the Northern Line replaced with the "Hades Line," named after the Classical god of the underworld, while the District Line becomes the Kokytos Line … the river of the wailing.

While tourists famously struggle to pronounce stop names including Leicester Square, Southwark and Greenwich, the Iris Project have included tongue-twisting imaginary stations on their map including:

Hekatonkheires … impossibly strong giants with 100 hands and 50 heads … and Pyriphlegethon, a stream of fire.

The map is being used to promote a community myth day event hosted by the charity at the East Oxford Community Classics Centre, at Cheney Comprehensive School, for school pupils and local members of the community.

The centre opened in October 2013, and is run in association with the University of Oxford.

"I'd seen other maps of the Underground which had been themed to various ideas, and it struck me that the Classical Underworld would work really well for this design.

"I wanted a really vivid way of bringing the Underworld 'to life' and placing it in a modern framework," she told the London newspaper.

"The stories are endlessly appealing and we hope the event will reach out to the community using these ancient tales," she added.