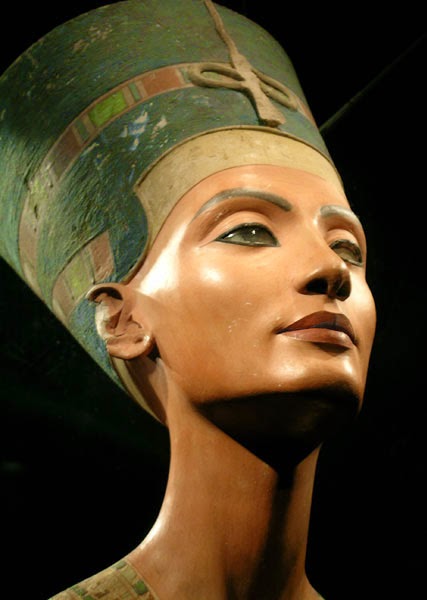 AN alluring mystery has surrounded this famous bust of Nefertiti since its discovery on December 7, 1912, incredibly intact and sporting vibrant colours, after lying in forgotten in the sands since the tumultuous days at the close of the reign of Pharaoh Akhenaton, one of the most enigmatic rulers of all time.

It was found by a German archaeologist in the ruins of a sculptor's house at Tell el-Amarna ... 20 km south of ANTINOOPOLIS.

In 1913, the Ottoman Empire agreed to allow its finders, part-time German-Jewish archaeologist and full-time entrepreneur James Simon and his Prussian colleague Ludwig Borchardt, to retain possession of the bust.

The simmering controversy between Egypt and Germany boiled over anew when a German news magazine printed excerpts from documents which allegedly indicated Borchardt deliberately used subterfuge to "smuggle" the bust out of Egypt.

The documents are not new to scholars, however, who say Borchardt and Simon did not need to be devious.

Instead, the Ottoman Empire officials simply failed to appreciate the artistic value of the artefact.

Despite persistent rumors that Borchardt and Simon smuggled out the bust under a coating of mud, the plain truth of the matter is that Ottoman authorities failed to recognize the bust as a masterpiece. In those days, the stark style of the Amarna Period was not viewed to be as valuable as more traditional styles of other periods.

Borchardt and Simon, however, immediately recognized the bust's appeal to European tastes for Art Nouveau and other post-Victorian styles. They did indeed breathe a sigh of relief when the Ottoman authorities blindly gave their stamp of approval to their request for removal from Egypt.

Borchardt and Simon carted it off to Europe where Simon displayed Nefertiti prominently in his home in Berlin before later lending it to the Berlin museum and finally donating it in 1920 to the Berlin collection. 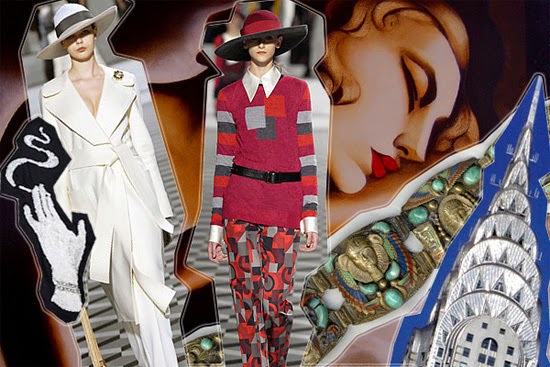 The discovery of Tutankhamun's tomb in 1922 spawned an Egypto-mania craze as well as the Art Deco style.

King Tut's treasures flaunted the "decadent" style of the late 18th Dynasty, and Nefertiti suddenly was a fashion trend-setter.

Crowds flocked to the Berlin museum in to see Nefertiti and shame-faced Egyptian authorities realized they had made a ghastly mistake a decade earlier.

In 1933 the Egyptian government demanded Nefertiti's return - the first of many such demands over the decades to come. One of the many titles Hermann Goering held was premier of Prussia (which included Berlin) and, acting in that capacity, Goering suggested to King Fouad I of Egypt that Nefertiti would soon be back in Cairo. 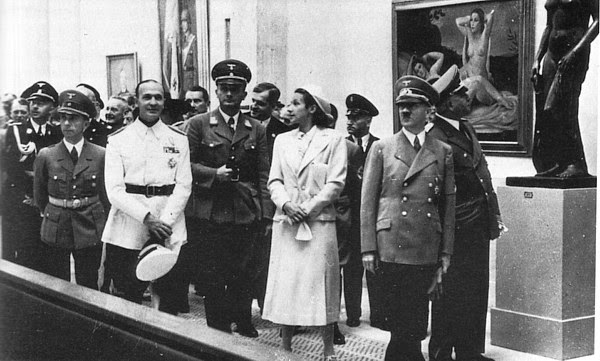 "I know this famous bust," the fuehrer wrote. "I have viewed it and marvelled at it many times. Nefertiti continually delights me. The bust is a unique masterpiece, an ornament, a true treasure!"

"Do you know what Im going to do one day? I'm going to build a new Egyptian museum in Berlin," Hitler went on. 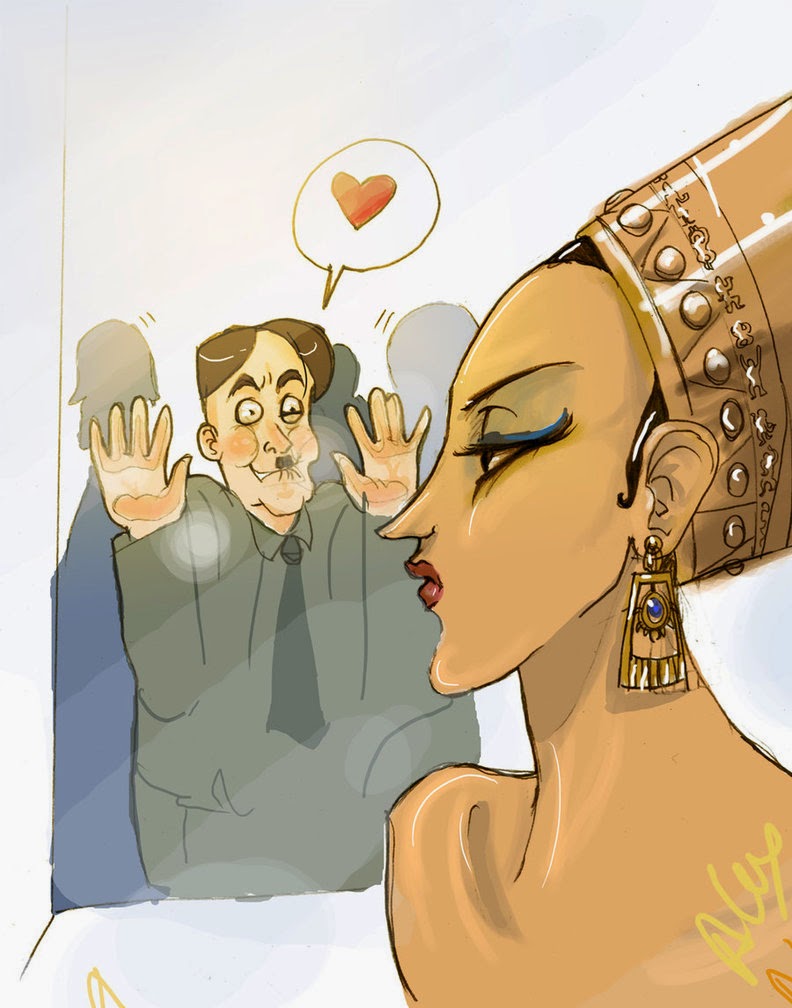 "I dream of it. Inside I will build a chamber, crowned by a large dome. In the middle, this wonder, Nefertiti, will be enthroned.

"I will never relinquish the head of the Queen," Hitler vowed.

While he did not mention it at the time, Hitler envisioned more for the museum. There was to be an even larger hall of honour, with a bust of Hitler.

It was rumoured immediately after World War II that Hitler had commissioned a copy of the bust for possible handover to the Egyptians after a Nazi victory.

American Allied art experts claimed they found two wooden crates in a salt mine south of Berlin where the German capital's museum art treasures had been placed by the Germans for safekeeping during bombing raids. The two crates allegedly contained identical Nefertiti busts.

But in post-war confusion, one of the crates got lost. The whereabouts of the "other Nefertiti" are unknown - assuming it ever existed to start with.

From time to time over the years, there have been reports suggesting that the fake bust survived and that the genuine bust is lost. A recent documentary on Germany's ZDF television network revived that theory.

But a series of new CT scans come to the rescue. 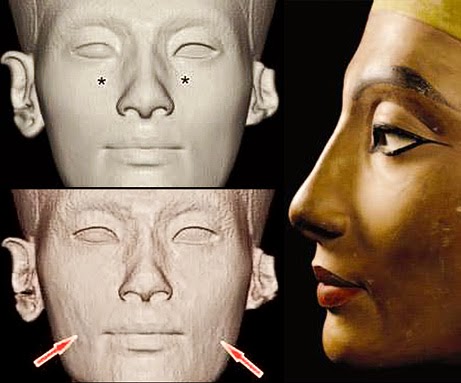 They prove once and for all that the bust on view in Berlin is indeed genuine.

Whether there ever was a duplicate is now a moot point.

The exquisite limestone bust of Queen Nefertiti forms the focal point of the Berlin collection, which ranks among the top two or three collections in the world outside Egypt itself.

The British Museum, the Louvre in Paris and the Metropolitan in New York are the only chief rivals to Berlin's collection, which spans all eras from the pre-Dynastic period all the way through to Roman times.

Hitler's dreams of a monolithic new Egyptian museum never materialized. Hitler and his mad dreams are long dead. But Nefertiti continues to smile serenely. As she has for 3,300 years. As if to say, this too shall pass. And I shall endure.