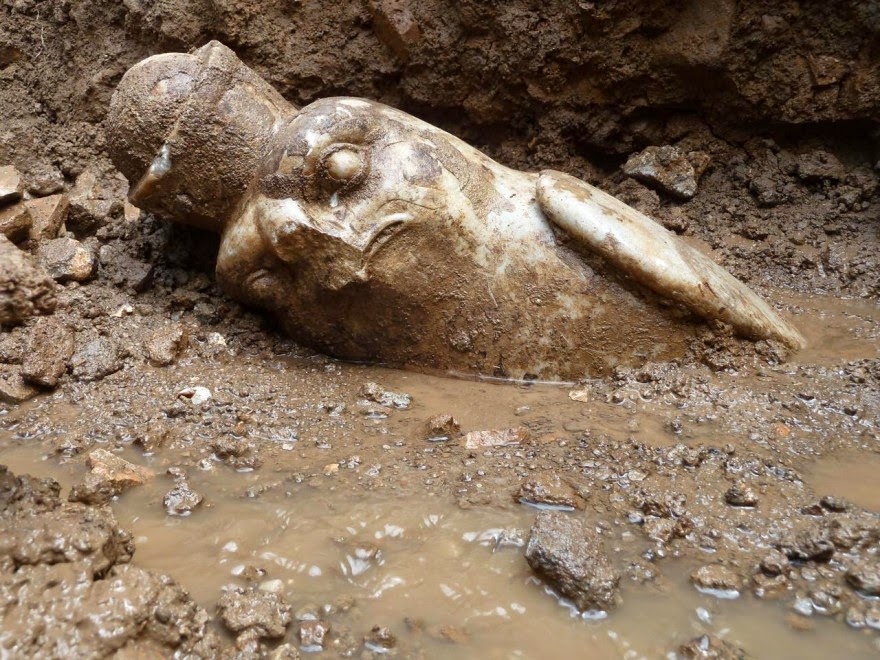 THIS statue of the Egyptian deity Horus and other statuary fragments have been found at Hadrian's Villa.


They were found near a grand, circular stairway at what is believed to have been the entrance to the sprawling complex known as the "Gymnasium," the Italian news agency ANSA reported. 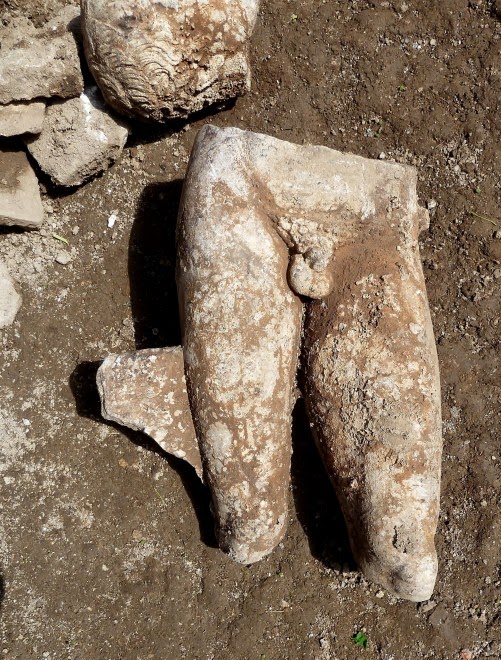 A statue of an athlete and a huge theatrical mask, both in marble, were also found at the site in past years along with a headless sphinx.

"These are extraordinary finds," said Zaccaria Mari, the archaeologist who made the discoveries.

"The colored marble on the columns is simply superb, while the sphinx is an amazing work."

Mari said the nearly 28-foot-wide staircase and the statuary were most likely made about 130 AD, but the eight-foot-long sphinx might be even older. 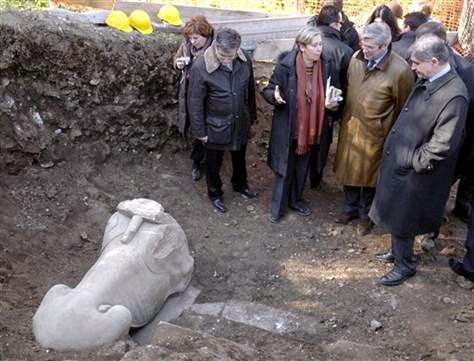 There has been much speculation as to whether the sphinx originally had the head of Antinous.

The mysterious "Gymnasium" complex consists of seven structures at the northern end of the sprawling villa compound.

The "Gymnasium" area has been undergoing extensive archaeological excavation for five years.

Hadrian's Villa, a few miles north of Rome at Tivoli, was the largest and richest Imperial Roman villa ever built.

Taking 10 years to construct and consisting of more than 30 buildings, one of the villa's best-preserved parts is a recreation of the famous statue-lined pool shrine at Canopus in Egypt ... one of many memorials to the emperor's boy-lover Antinous.