JASON AND THE GOLDEN FLEECE
BASED ON FACT, SCIENTISTS SAY 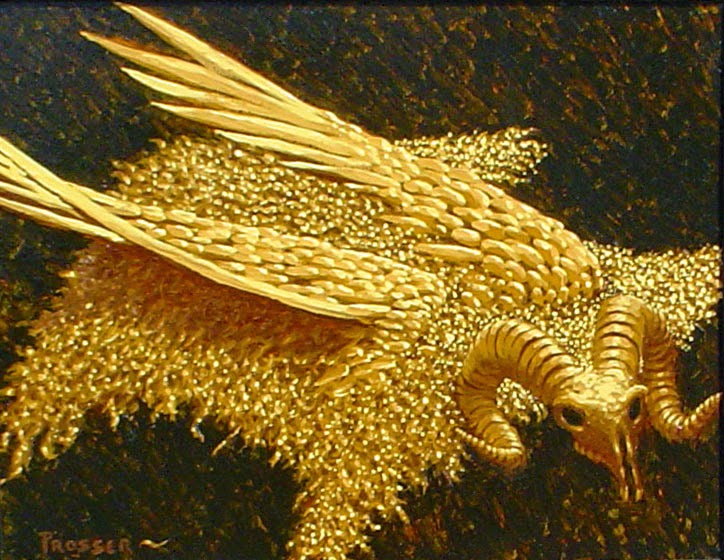 THE ancient Greek myth of Jason and the Golden Fleece was likely rooted in reality ... linked to an historical voyage to the ancient kingdom of Colchis to learn their extraction methods of the famed "golden sands", geologists in the republic of Georgia suggest.

Geologists in Georgia have found evidence that links one of the most famous Greek myths to actual events that took place in an ancient city steeped in gold.

Jason will forever be tied in mythology to the fantastical golden fleece.

In the era prior to the Trojan War, Jason banded together with a small group of similarly heroic figures known collectively as the Argonauts to battle a series of trials ... including lunch-stealing harpies and loin-cloth-wearing giants ... to find the pelt of the famed golden-haired, winged ram of Zeus, the god of sky and thunder. 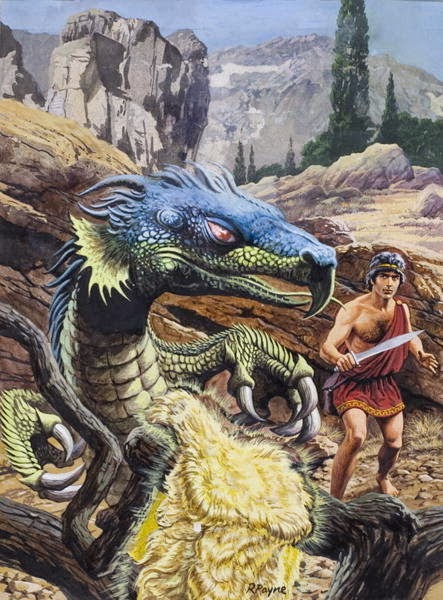 Jason (art by Roger Payne) believed that possession of the fleece, said to be held by the ancient kingdom of Colchis in the Svaneti region of modern Georgia, would help to reinstate his usurped father, Aeson, as king of Thessaly in Greece.

Now, a team led by geologist Avtandil Okrostsvaridze from Ilia State University in Georgia has found evidence to suggest that the myth of Jason and the Golden Fleece was indeed based on historical events related to ancient gold extraction techniques.

Between 2002 and 2010, the team carried out field work in Svaneti region on the east coast of the Black Sea, where they compared the available geological data, artefacts, myths and historical sources surrounding the kingdom of Colchis.

Publishing in the current edition of Quaternary International, they now suggest that the myth "took inspiration from an actual voyage sometime between 3,300 and 3,500 years ago."

Jason and the Argonauts’ destination was the kingdom of Colchis, a large, coastal city famous at the time for harbouring a great wealth of gold.

"According to Greek mythology and historical sources the ancient Georgian Kingdom of Colchis was rich in 'gold sands' and the natives mined this metal from the rivers, using special wooden vessels and sheepskins," the researchers write.

As a result of their geological investigation, they confirmed that still today in the Svaneti region, the rivers that snake down the sides of the mountains contain tiny particles of gold that have worn off the edges of the rocks.