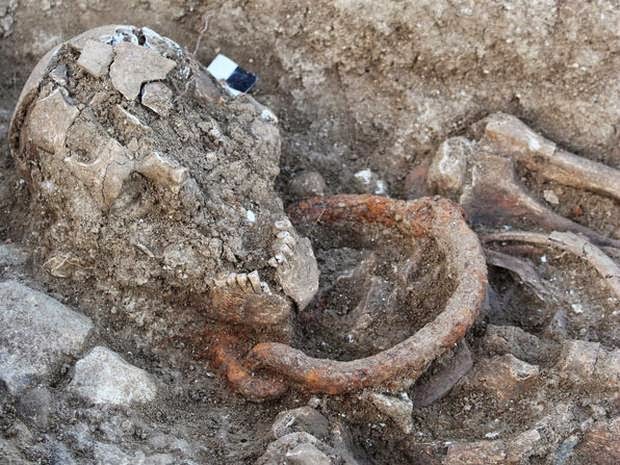 Archaeologists have discovered a group of skeletons bound by shackles at the site of a large ancient Gallo-Roman burial ground in southwest France.

The excavation site is adjacent to the Saintes amphitheatre, where wild animals and gladiators would battle thousands of years ago.

In what experts believe to be an important necropolis possibly used for those killed in the stadium, hundreds of graves dating back to the 1st and 2nd Centuries AD were unearthed.

But perhaps the most interesting finds were five shackled skeletons - four adults and one child. Three skeletons had their ankles bound with iron chains, another was secured around the neck, and a child was found with a chain around his or her wrist. 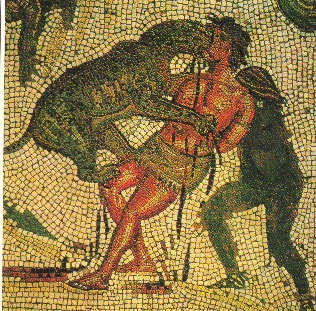 Many of the other skeletons at the site were buried with their heads and toes touching, in rectangular trench-like pits.

Archaeologists were made aware of the necropolis last year, and hope they can now determine how each person died, their status when they were alive and whether they lived in the same communities.

Roman necropolises were generally situated out of towns in the countryside, and were used for burials and cremations.

While people were sometimes buried with their belongings, the archaeologists in southwest France only found a few vases alongside a man, and a child with coins resting on its eyes, Mail Online reported.

Romans believed that by burying a person with coins, his or her spirit could pay the underworld's ferryman and they would safely make it to the afterlife.