DID HADRIAN AND ANTINOUS VISIT
THIS GRECO-ROMAN CITY IN THE NILE DELTA?

EXPERTS have discovered the ruins of a city that dates back to the Greco-Roman era under silt in the Nile Delta north of Cairo, Egyptian Antiquities Minister Mamdouh al-Damati said.

It is likely that Hadrian and Antinous passed through or near this town when they crossed the Sinai and entered Egypt via the Nile Delta in the year 130 AD on their way to Alexandria.

The remains of the city were discovered under a thick layer of silt in the Kom al-Ahmar area, some 25 kilometers (15 miles) south of the Rashid, a tributary of the Nile, the minister said in a statement.

Magnetic exploration of the site revealed that the area comprised several major buildings, surrounded by an enormous rectangular wall, that were probably dedicated to administrative and religious uses. 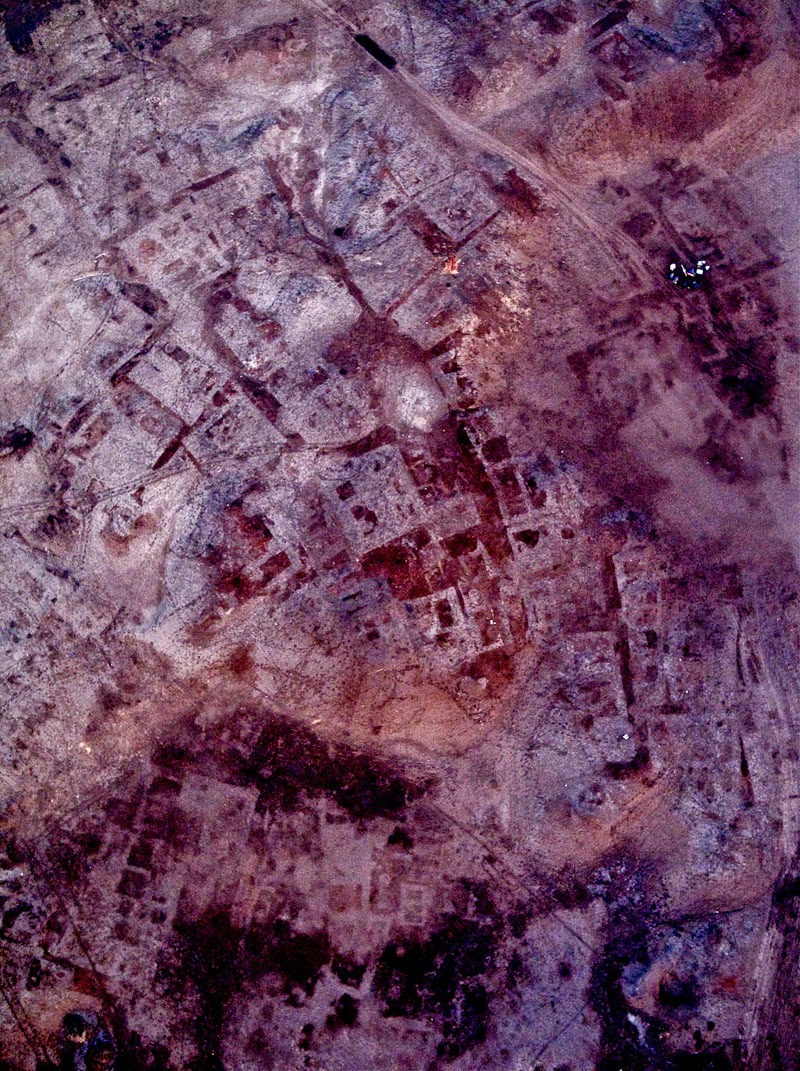 "This discovery has historical importance because it reflects daily life during that period" between 343 B.C. and 395 A.D., al-Damati said.

"As an outstanding prototype of the Greco-Roman style," he said, the site reveals "further details about the architectural nature of these cities."

A member of the Egyptian element of the mixed team, Mohamed Qanaui, said that the first part of the research indicates that construction of the city began in the Late Period of ancient Egypt (724-343 B.C.).

The excavations were carried out by a mixed team from the Egyptian Antiquities Ministry and the Italo-Egyptian Archaeology Center.

Hadrian and Antinous, accompanied by their immediate circle of companions crossed the desert of Sinai and entered Egypt in the summer of the year 130. The majority of the Imperial court made the journey by sea and reunited with Hadrian at Alexandria.

They visited and restored the tomb of Pompey the Great at Pelusium, where the desert meets the Delta and the Sea.

Dio Casius reports that when Hadrian saw the ruins of Pompey's tomb he said "Strange lack of tomb for one with shrines overwhelmed!"

These words were like a prophesy of the future of the religion of Antinous, who entered Egypt with the shadow of Pompey and his vanished tomb, looming over him.

The entry into Egypt is sacred to Isis whom the travelers thanked after traversing the desert and entering the outskirts of the green Delta.

Hadrian traveled through the Eastern Provinces of the Roman Empire with the intention of founding a Roman city. When Antinous died in the Nile in October 130 AD, grief-stricken Hadrian established the city of Antinoopolis on the site where his beloved had died.