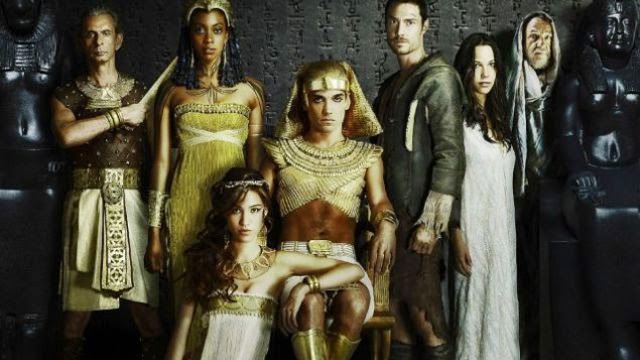 FOX has already killed one of its most ambitious projects of the 2014-2015 television season, the fantasy/period drama Hieroglyph.

In an unusual move, the show skipped the standard pilot order and went direct-to-series last fall, and it was scheduled to premiere the first of its 13 episodes in early 2015.

That episode had already been filmed with a cast that included Max Brown (Beauty And The Beast), Reece Ritchie (Prince Of Persia), Condola Rashad (Smash, the Steel MagnoliasLifetime remake), and John Rhys-Davies, with Anna Fricke (Being Human) onboard as showrunner.

Fox entertainment chairman Kevin Reilly was particularly evangelical about the death of pilot season in general and the promise of this show in particular, and his recent ouster may have something to do with the network’s new lack of enthusiasm in the project.

Given how much of a media push the show was getting just a few months ago, the preemptive cancellation is a bit of a surprise.

With its fancy trailer and all the hype, Fox did everything but say, “If you like Game Of Thrones, you’re going to love Hieroglyph. Please, please, please come back. Almost Human was almost good, right?”

As a period piece/action-adventure drama/fantasy set among Egyptian royalty,Hieroglyph was bound to be one of the network’s most expensive new shows this year.

In fact, the original plan to film at least partly in Morocco had already been abandoned for a New Mexico soundstage.

So maybe Fox execs decided to sink all that money into Gotham instead. Here’s a glimpse at what might have been, which is now all the Hieroglyph we’re likely to get.