NEED TO MAKE A HASTY EXIT?
HEAD FOR THE VOMITORIUM 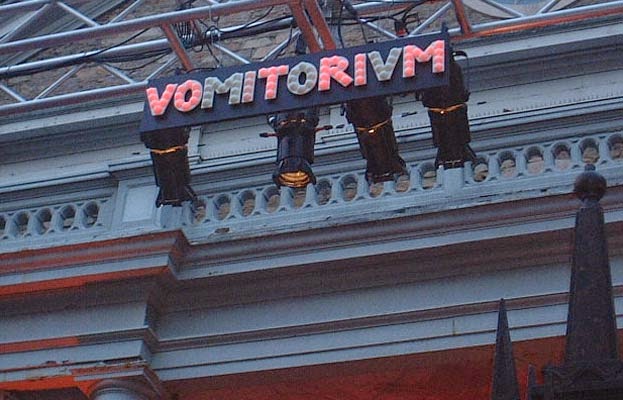 NEXT time you are in a theatre, look to see if it has a vomitorium in case you need to make a quick exit.

We have all heard lurid tales of extravagant banquets in Ancient Rome at which guests would over-indulge in food and drink and would need the help of a slave to help them vomit. 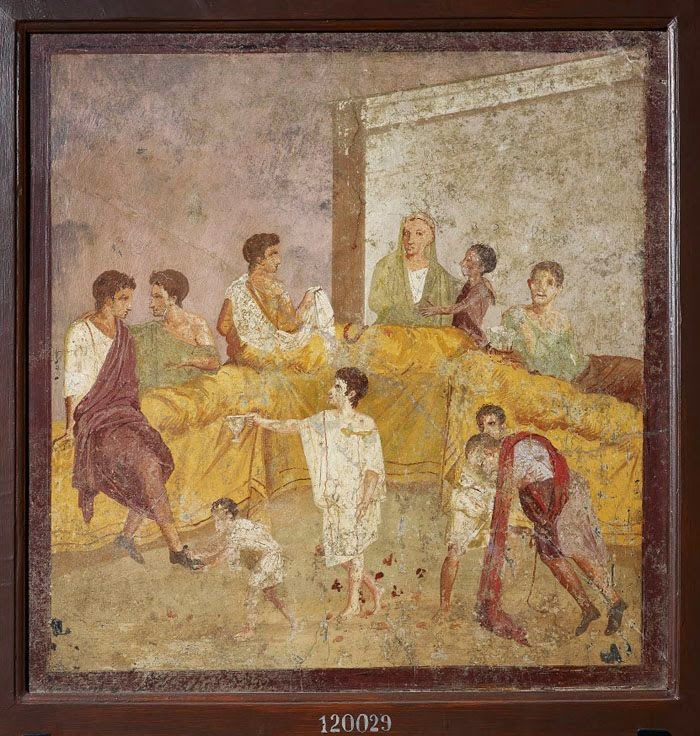 The slave would use a feather to assist in the regurgitation process ... and would hold a vessel in front of the person's mouth.

There is a popular misconception that Roman villas had a special room for this purpose ... a vomitorium.


According to Cicero, Julius Caesar escaped an assassination attempt because he felt ill after dinner.

Instead of going to the latrine, where his assassins were waiting, he went to his bedroom and avoided assassination. This may be the origin of the misconception.

Actually, however, a vomitorium is a passage situated below or behind a tier of seats in an amphitheatre or a stadium, through which big crowds can exit rapidly at the end of a performance. They can also be pathways for actors to enter and leave stage. 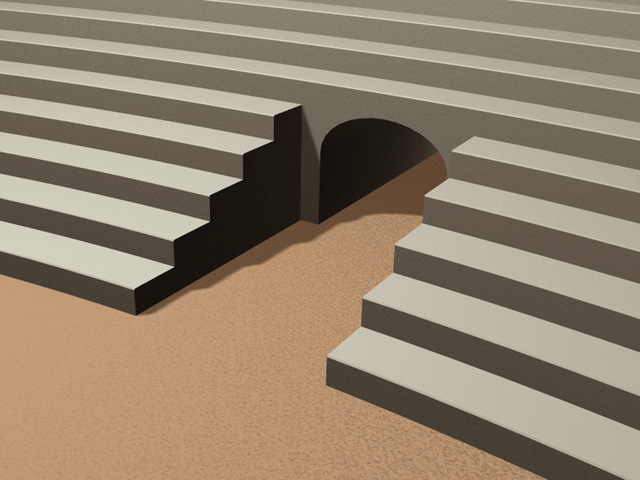 The Latin word vomitorium, plural vomitoria, derives from the verb vomō, vomere, "to spew forth." In Ancient Rome, vomitoria were designed to provide rapid egress for large crowds at amphitheatres and stadiums, as they do in modern sports stadiums and large theatres.

The Circle in the Square Theatre, designed to reflect the theatres of ancient Greece and Rome, is the only Broadway theatre that has a vomitorium. The vomitorium is still used in many of their productions as an entrance and exit for the actors.

The Cockpit Theatre, built in London in the 1960s, is one of the very few purpose-built theatres in the round in London and features four vomitoria as corner entrances between four banks of raked seating arranged in a square.

In addition the Mark Taper Forum, one of the three theatres making up the Los Angeles Music Center, has two vomitoria. It has a strong thrust stage such that the audience sit in an amphitheatre-type array.

If a performance makes you sick, just head for the vomitorium ... to find your way outside fast.