'POMPEII OF THE NORTH'
UNEARTHED IN NORTHERN ENGLAND 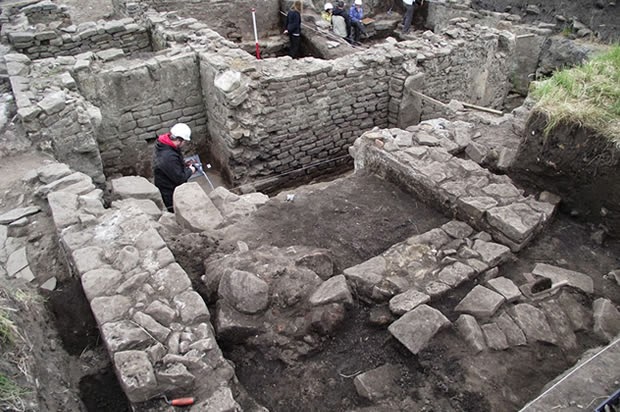 EXPERTS at a dig in northern England have unearthed some of the best-preserved Roman ruins outside Pompeii ... raising hopes of finding an indication that Hadrian and possibly Antinous visited there ... or that Antinous was worshiped there after his death.

Just a year ago, a the stone HEAD OF A DEITY resembling Antinous was found at this site.

The site at Binchester Roman Fort near Bishop Auckland in County Durham near Hadrian's Wall, has produced an ancient bathhouse, an altar to the goddess Fortuna and a piece of jewelry that offers early evidence of Christianity in Roman Britain.

Known as "Vinovia" to the Romans, the outpost once commanded the crossroads of the River Wear and Dere Street, an ancient road that linked the Roman headquarters at York with Hadrian's Wall and the Antonine Wall near Edinburgh, Scotland.

Researchers with the Binchester excavation project have been digging at the fort since 2009, and they now say the site includes some of the most exquisitely preserved ruins ever unearthed in Britain.

"These findings are hugely significant as they are virtually intact and present a graphic illustration of life under the Roman Empire," said Dr. David Mason, principal archeologist with the Durham County Council, in a press release. "They are so stunning and spectacular that we can claim we have our very own 'Pompeii of the north' right on our doorstep."

Chief among the discoveries is an 1,800-year-old Roman bathhouse that would have served as the hub of the fort's social and recreational life. 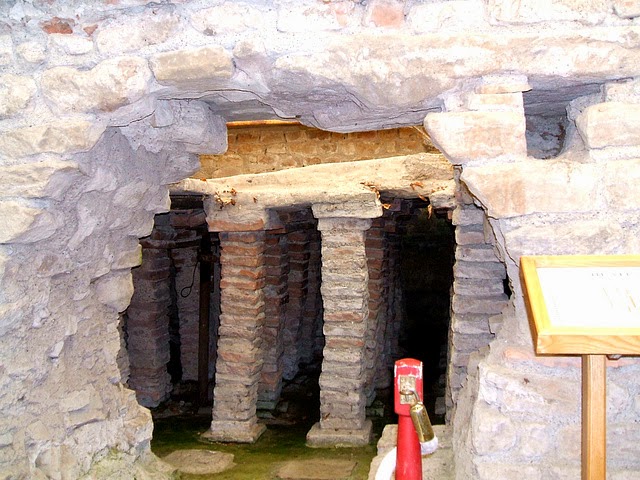 The baths still feature original floors, windows and doorways, and plaster shards indicate that their seven-foot-high walls were once adorned with colorful designs and drawings.

"The most unique feature of these remains is the sheer scale of their preservation," said Dr. David Petts, archeologist at Durham University.

"It is possible to walk through a series of Roman rooms with walls all above head height; this is pretty exceptional for Roman Britain."

Further digging in the bathhouse uncovered evidence of plumbing, including a drain and gaps in the walls that may have once held lead piping to channel water.

In an adjacent changing room, the archeologists excavated a carved stone altar to Fortune the Home-Bringer, one of several aspects of Fortuna, the Roman goddess of luck, chance and fate.

The altar bears an inscription by a trooper garrisoned at the fort with a unit of Spanish cavalry. The etching identifies his rank as "architectus," offering some of the first evidence that military architects may have operated on staff at provincial Roman outposts.

Excavations at the Binchester site have also yielded a silver ring with an engraving that features two fish dangling from an anchor, often considered an early symbol of Christianity. The design appears widely in Roman artifacts, but the researchers say the ring is only the second time it has cropped up in Britain.