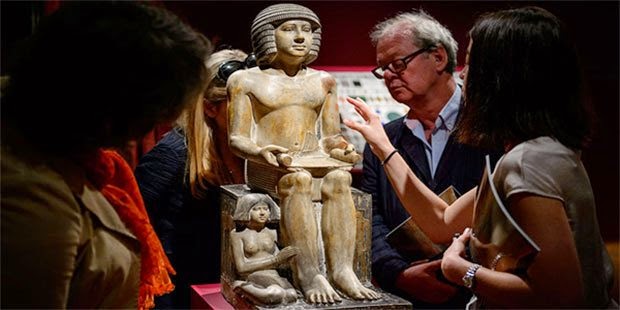 IT was like a scene from an old Hammer Studios mummy movie in London tonight when Christie's auctioned off a 4,500-year-old Egyptian statue to an undisclosed buyer for a whopping $27 million dollars ... more than twice the anticipated value.

Protesters chanted outside the prestigious auction house ... an Egyptian diplomat scowled in dismay ... officials warned of dire consequences to the English museum which put the statue up for sale. And there had even been croakings of doom and the threat that an Ancient Egyptian curse might befall those who sold it ... as well as the new owner. 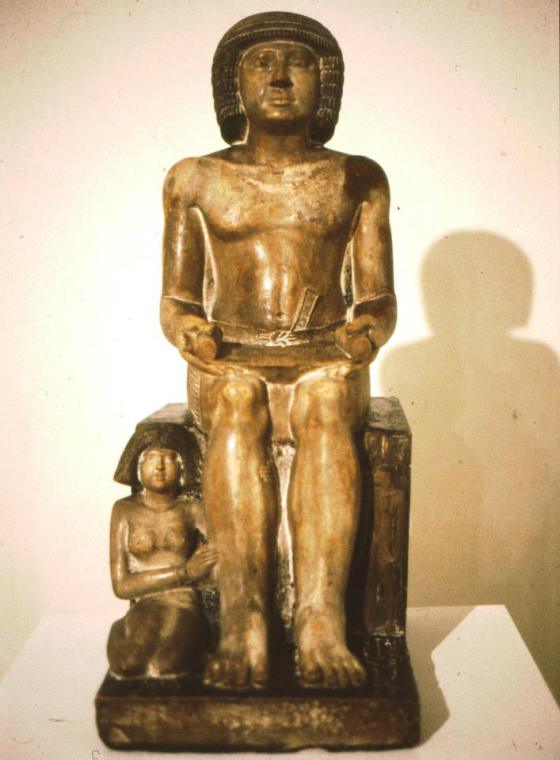 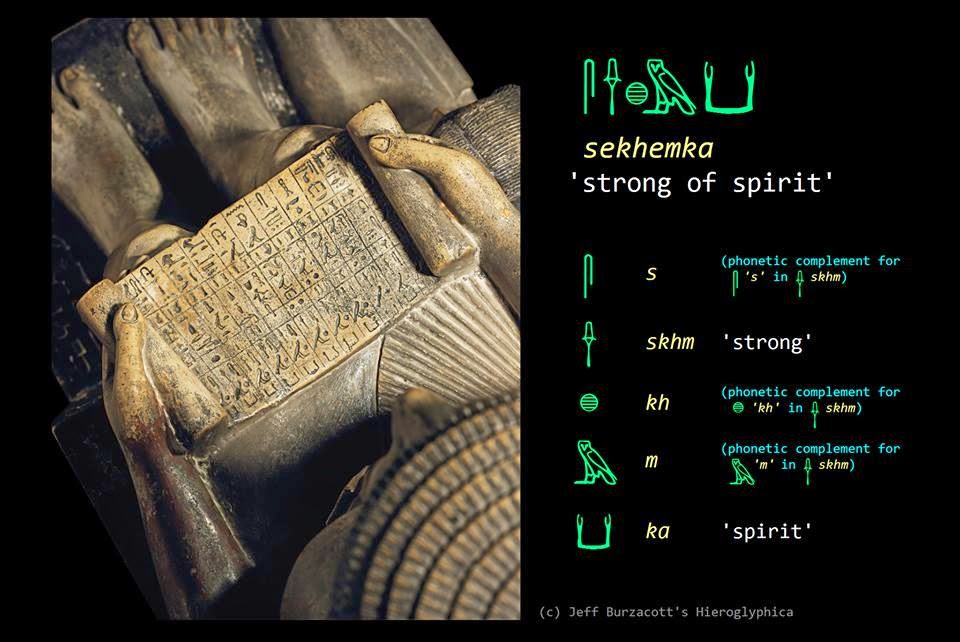 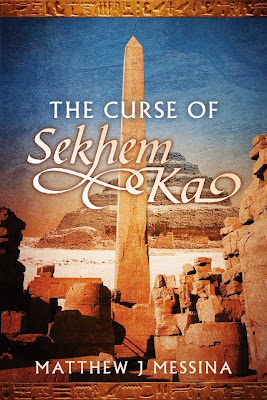 In August last year, the leaders of Northampton Borough Council announced plans to sell the statue of Sekhemka after it was valued at an estimated £2 million.

We join our friends at Jeff Burzacott's HIEROGLYPHICA (who provided the transliteration of Sekhemka's name above) in a fervent prayer that Sekhemka has "a joyous and abundant after life in his new home ... wherever that may be."
Posted by Hernestus at 8:46 AM