ANCIENT EGYPTIAN SOLDIER OF ROME
WROTE OF HOMESICKNESS FOR THE NILE 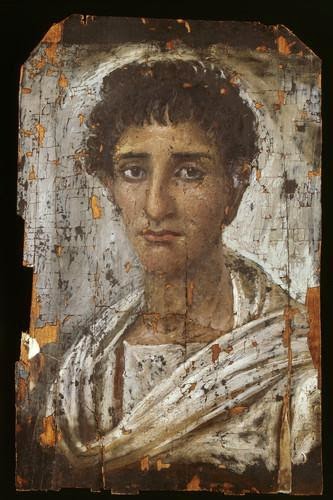 A newly deciphered letter home dating back to the time of Hadrian and Antinous reveals the homesickness of a young Egyptian soldier named Aurelius Polion who was serving, probably as a volunteer, in a Roman legion in Europe.

In the letter, written mainly in Greek, Polion tells his family that he is desperate to hear from them.

This image of a plaintive young Egyptian in Roman toga dates from the era and was found at Antinoopolis, not far from where this letter was discovered.

In the letter, Polion says that he is going to request leave to make the long journey home to see his family and the Nile which he misses so much.

Addressed to his mother (a bread seller), sister and brother, part of it reads: "I pray that you are in good health night and day, and I always make obeisance before all the gods on your behalf. I do not cease writing to you, but you do not have me in mind," it reads.

"I am worried about you because although you received letters from me often, you never wrote back to me so that I may know how you ..." (Part of the letter hasn't survived.)

Polion says he has written six letters to his family without response.

"While away in Pannonia I sent (letters) to you, but you treat me so as a stranger," he writes. "I shall obtain leave from the consular (commander), and I shall come to you so that you may know that I am your brother …" 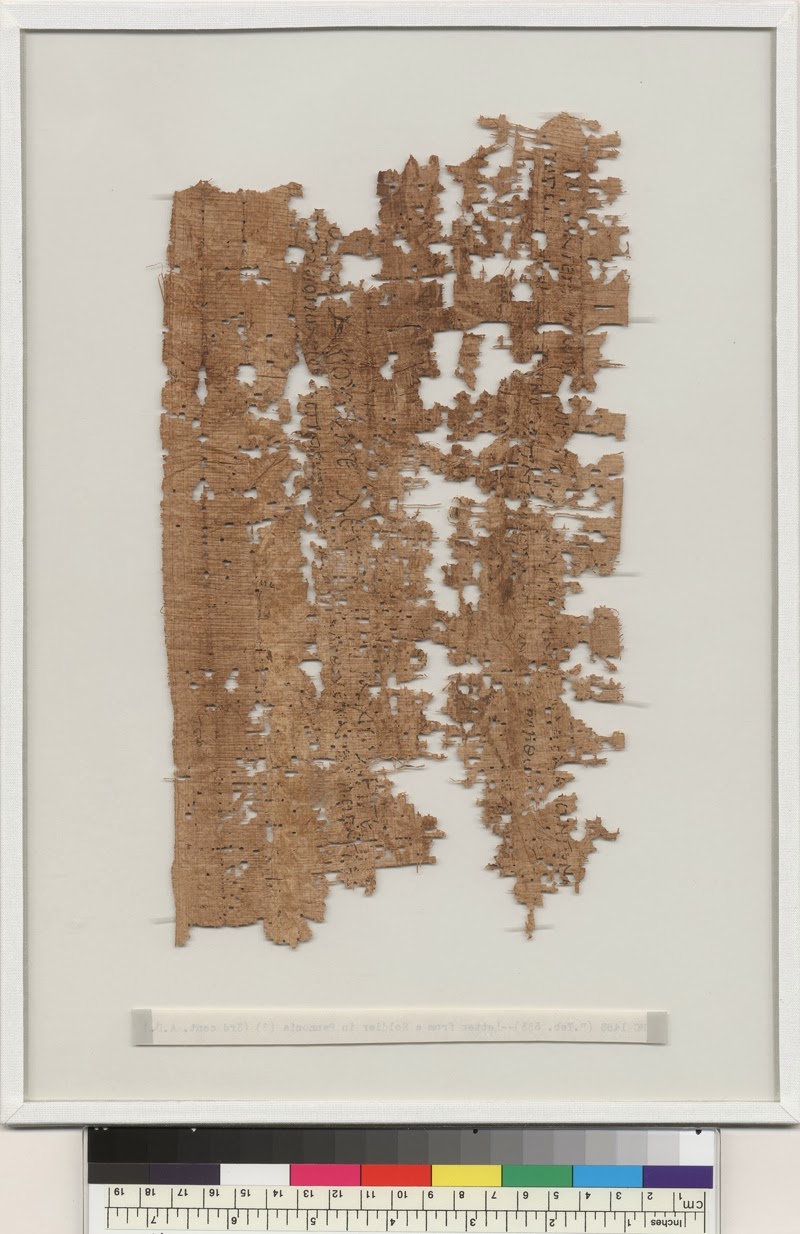 The letter was found outside a temple in the Egyptian town of Tebtunis over 100 years ago by an archaeological expedition led by Bernard Grenfell and Arthur Hunt.

They found numerous papyri in the town and did not have time to translate all of them.

Recently Grant Adamson, a doctoral candidate at Rice University, took up the task of translating the papyrus, using infrared images of it, a technology that makes part of the text more legible.

His translation was published recently in the Bulletin of the American Society of Papyrologists.

Adamson isn't sure if the soldier's family responded to his pleas, or if Polion got leave to see them (it's unlikely), but it appears this letter did arrive home.

"I tend to think so. The letter was addressed to and mentions Egyptians, and it was found outside the temple of the Roman-period town of Tebtunis in the Fayyum not far from the Nile River," Adamson wrote in an email to Live Science.

Polion, who lived at a time when the Roman Empire controlled Egypt, was part of the legio II Adiutrix legion stationed in Pannonia Inferior (around modern-day Hungary).