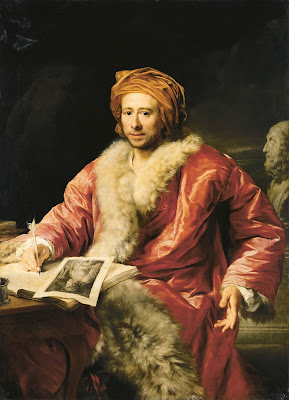 ON June 8th the Religion of Antinous commemorates the flamboyantly gay man who is the father of modern archaeology, our own Saint Johann Joachim Winckelmann.

Born in Stendal, Germany, on December 9, 1717, he is called the father of modern archaeology because of his scientific studies of the excavations of Pompeii and Herculaneum in Italy.

He was a student of classical art and his many writings, including the famous History of Ancient Art, are a testament to his adoration of the male form as manifested in Greek and Roman sculpture. He wrote openly about his homosexual relationships as early as 1763, and eventually found employment with Cardinal Allesandro Albani, whose art collection he catalogued.

Winckelmann is among the first to conduct a serious study of the art of Antinous, and to have written openly about the significance of the relationship between Hadrian and Antinous.

He is also believed to have been part of the first revival of the Religion of Antinous, and Priapus, led in secret by Cardinal Albani.

Winckelmann was murdered in his hotel room in Trieste by a young man with whom he was having a casual love affair, on the 8th of June 1768. 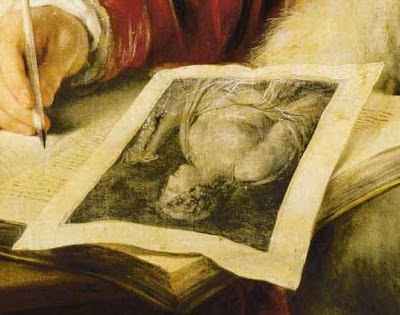 He was stabbed multiple times including repeated wounds to the groin, evidently out of sexual violence.

Notice the painting above by Anton Von Maron. Winckelmann sits in a magnificent costume, gazing on an engraving of Antinous and writing his thoughts, as though the painter has distracted him from his meditation ... but we can be be sure that Winckelmann wanted us to know that Antinous was at the forefront of his thoughts.