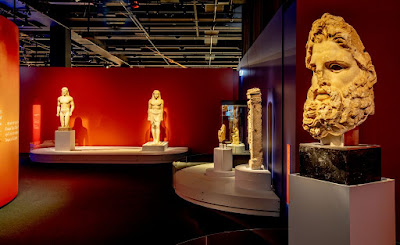 ANTINOUS is visiting Australia as part of a truly remarkable exhibition at Melbourne Museum.
For the first time ever, Australians can see precious artefacts straight from the National Archaeological Museum in Athens, and explore over four millennia of Greek history.
On exhibit are 44 ancient works, ranging from the Early Bronze Age to the Roman period.
The "Open Horizons: Ancient Greek Journeys and Connections" exhibition is now open, and stay at Melbourne Museum until August 14. Tickets are on sale now.
"We are excited to be collaborating with the National Archaeological Museum to bring some of the most remarkable artefacts direct from Athens for audiences in Melbourne to enjoy," said Museums Victoria CEO Lynley Crosswell. "This captivating exhibition will invite visitors to explore the cross-cultural connections that contributed to the formation of Ancient Greece." 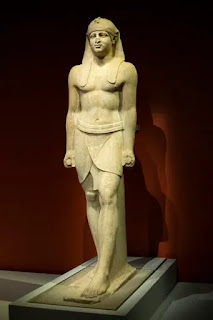 The highlight of the exhibition is the colossal statue of Antinous-Osiris from the Sanctuary of the Egyptian Gods in Marathon.
Herodes Atticus, an immensely wealthy Athenian and friend of Hadrian, erected around AD 160 a sanctuary in Marathon which he dedicated to Isis and Osiris.
The statue of Antinous dressed in an Egyptian costume was unearthed in this sanctuary, among other archaeological findings related to the worship of the Egyptian gods.
Antinous is shown wearing the royal short kilt of the Pharaohs (shendyt), a head-cloth (nemes) with its damaged cobra (uraeus).
Other highlights of the exhibition include a colossal head of Zeus, the famous god of sky and thunder. This head is 77cm high and weighs a whopping 400 kilograms. It was sculpted from Pentelic marble, and found in Aigeira, Achaia in 1916.
Another exhibit of note is a 2,500 year old Archaic marble sphinx. This is the first time that the sphinx on display outside of the National Archaeological Museum. Also made of Pentelic marble, it was found in Sparta, Attica in 1879. 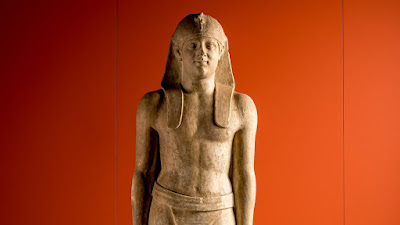 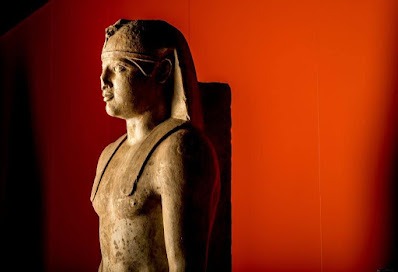 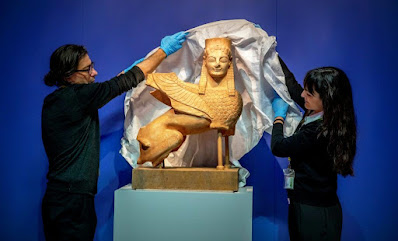