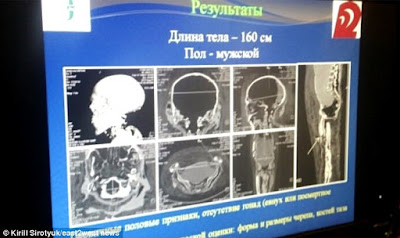 AN Egyptian mummy in Russia’s Hermitage Museum since 1929 has been declared a castrated male priest after an analysis by experts..

The mummy, who is among the collection of eight displayed at the Saint Petersburg museum, was earlier believed to be a female singer in the temple of Amon-Ra from about 1000 B.C.

"The fact that the man was castrated surprised us a lot, it was not a common practice in Egypt, it is unique," said Andrey Bolshakov, one of the officials of the museum. 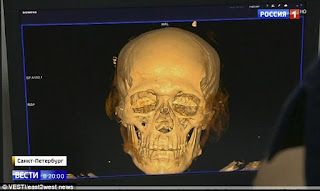 The mummy was castrated, although it is unclear whether the procedure was carried out before or after his death.

"The man suffered from joint diseases but he had very good teeth, without any decay," Viatcheslav Ratnikov, a doctor who participated in the analysis added.

The Hermitage Museum founded in 1754 is the largest in the world and has eight mummies including two sarcophagi dating from 725-525 BC.

It has more than 60,000 exhibits and nearly three million objects in its reserves. 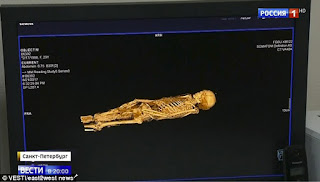 Experts now think their famous exhibit is the mummy of a man named Pa-kesh, a former priest and head of the pharaoh's gatekeepers ... although they are "bewildered" as to why his testicles had been removed.

The swaddled corpse has been in Russia since long before the Bolshevik Revolution a century ago but the Hermitage Museum decided to learn more by conducting an tomographic scan.

They had expected to see evidence of a noblewoman ... reputed also to be a singer ... called Babat from the city of Thebes.

Instead, they saw clearly the remnants of a severed male sex organ, and believe now that the noblewoman's mummy was swapped either at the time of its purchase in the 1860s in Egypt or later in Russia.