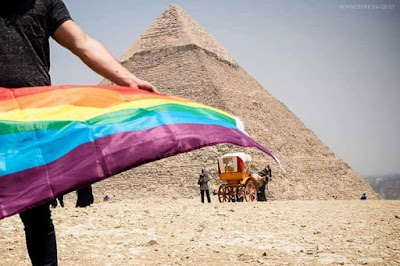 ABOUT least 50 people have been detained in Egypt just because someone waved a rainbow flag at a party.

The hunt started two weeks ago, when images of a concert in Cairo were posted on social media, showing someone dancing with the rainbow flag.

The police claimed that the people arrested were “homosexuals who raised the LGBT flag and encouraged the practice of immoral acts." 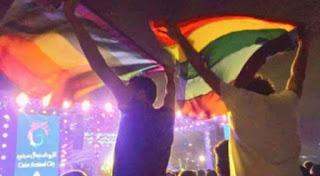 Most of those detained have been put through a speedy trial and sentenced to six years in prison.

They are appealing these sentences.

But we need all the support we can get to show Egyptian authorities that colors are not shame.

That's why activists from Egypt, the Middle East, and North Africa have started this petition with ALL OUT.

Please stand with us and demand Egyptian authorities protect their citizens, instead of hunting them down.

Although homosexuality is not specifically outlawed in Egypt, the conservative society is highly discriminatory. Non-heterosexuals are frequently arrested and typically charged with debauchery, immorality or blasphemy.

The largest crackdown on homosexuals took place in 2001, when police raided a floating disco called the Queen Boat. Fifty-two men were tried in the case.