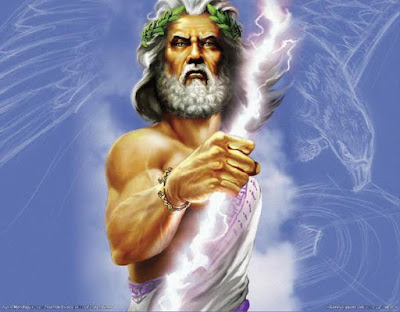 As Jupiter Optimus Maximus, he occupied the temple of Jupiter Capitolinus on the Capitoline hill with the goddesses Juno and Minerva. With them, he received a Lectisternium (September 13) and the Ludi Romani  (September 5-19). 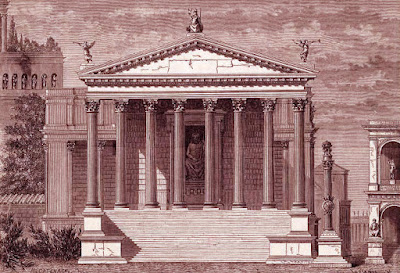 Jupiter Stator is the hand of Jupiter giving Roman troops their unstoppable force.

Romulus built a temple to Jupiter Stator at the foot of the Palatine Hill, Italian archaeologists say.

The ruins of the shrine to Jupiter Stator (Jupiter the Stayer), believed to date to 750 BC, were found by a Rome University team led by Andrea Carandini.

In the article in Archeologia Viva, Carandini's team said they might also have discovered the ruins of the last Palatine house Julius Caesar lived in - the one he left on the Ides of March, 44BC, on his way to death in the Senate.
Posted by Hernestus at 9:00 AM