NOW YOU CAN SEE LOST TREASURES
THAT ANTINOUS MAY HAVE SEEN 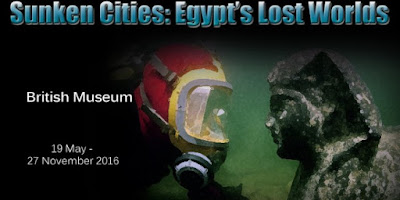 A stunning new exhibition at the British Museum will enable you to see some colossal statues and other treasures that Antinous saw in coastal Egypt ... before they vanished beneath the sea in quake-spawned tsunamis.

Some 300 outstanding objects have been brought together in the blockbuster exhibition SUNKEN CITIES which opened 19 May 2016 at the British Museum in London and which ends on 27 November 2016 ... the birthday of Antinous.

The exhibition features objects from the British Museum's own collection plus spectacular artefacts brought to the surface over the past 20 years by marine archaeologist Franck Goddio off the coast of Alexandria and also at two nearby cities famed as resorts in ancient times.

Vanished beneath the Mediterranean for 1,000 years, the fabled "Lost Cities" of Canopus and HERAKLEION (Heracleion) once lay at the mouth of the Nile. 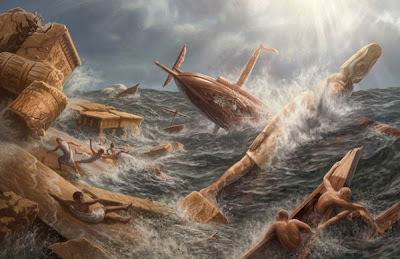 Goddio and his divers found those lost cities in 2000.

Since first discovering the Alexandria treasures, Monsieur Goddio has gone on to trawl the waters a few kilometres east of Alexandria in hopes of discovering

Goddio's exhibition of "Egypt's Sunken Treasures" has traveled the world and the British Museum is supplementing the show with a selection of its own objects.

The exhibition also showcases ongoing research ... the most recently excavated objects were found only in 2012! 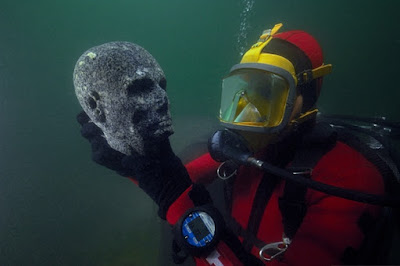 The discoveries are transforming our understanding of the ancient civilizations of Greece and Egypt.

It brings many objects to Britain for the first time, including statues and jewelry.

The exhibition is the first public viewing of newly discovered Canopus/Herakleion treasures since the two cities vanished below the waves in a series of floods and earthquakes, finally disappearing completely in the late 7th Century AD. 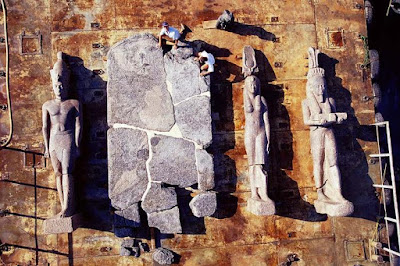 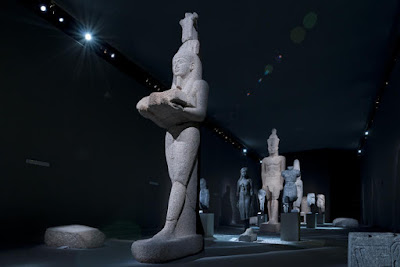