COLCHESTER WOULD BE BRITAIN'S CAPITALHAD IT NOT BEEN FOR BOUDICEA 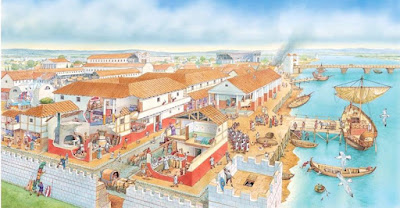 WHY did the Romans shift the capital of Britannia from Colchester to London? Blame Boudicea!


A brutal blood-soaked bid to wipe London off the map was a key factor that led to the city first emerging as Britain's capital.

New archaeological research is showing that London's elevated status stemmed partly from a Roman military and political reaction to Boadicea's violent destruction of London and other key cities in the mid 1st century AD.

The investigation, carried out by Museum of London Archaeology (Mola), suggests that the Romans shifted the capital of their British province from Colchester to London shortly after her revolt. 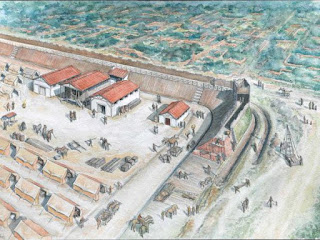 The Romans built a fort in London immediately after Boadicea (more accurately known as Boudicca) had been defeated ... but did not seem to have built an equivalent one in what had, until then, been Roman Britain’s provincial capital, Colchester.

The research on the 125-by-90-metre playing-card-shaped fort is the first of its kind and has been published by Mola as a 263-page book – An early Roman fort and urban development on Londinium’s eastern hill.

It was located just west of modern Mincing Lane, 230 metres north-east of the northern end of Roman era London Bridge.

Archaeologists believe it would have accommodated between 500 and 800 troops ... a mixture of legionaries and auxiliaries and of infantry and cavalry. 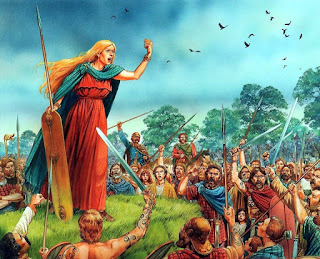 "The research on the fort is hugely significant for how we understand the development and growth of London ... and how, why and when it first became Britain's capital," says archaeologist Julian Hill.

It had three key strategic, mercantile and political advantages over Colchester:

First of all it was the nearest point to the sea that the Thames could easily be bridged.

The first London Bridge (just a few metres east of the modern one)  had been built by the Roman military, probably in 48 AD. Secondly, unlike Colchester, seagoing ships could reach London and unload their freight there.

And thirdly, again unlike Colchester which had been a major British tribal capital, London was a totally Roman "new build" city that therefore had no tribal political baggage or implications to be taken into account.
Posted by Hernestus at 9:00 AM