SHIPWRECK SPARED THESE ANCIENT ROMAN
TREASURES FROM BEING MELTED DOWN 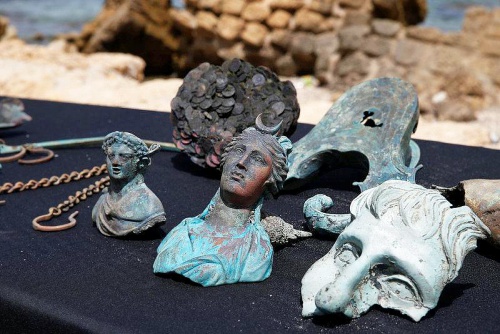 THE ancient world had something in common with the modern one: a penchant for recycling. Plenty of historical treasures were melted down and turned into something else ... although some escaped this fate, Reuters has reported.

Some 1,600 years ago, a ship sailed from the Mediterranean seaport of Caeserea in Israel stuffed with Ancient Roman equipment and artefacts which had been slated for recycling.

However, the merchant vessel sailed into a storm at the entrance to the port and sank. 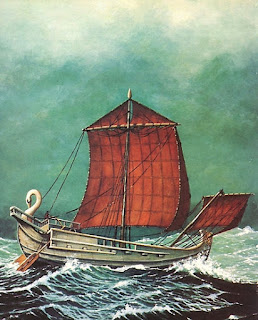 Recently, divers discovered the remains of the ship and its contents on the sea bed.

In the end, they brought to the surface the largest stash of marine artefacts found in Israel in three decades, including iron anchors, coins and bronze statues ... all of which had been protected by the sand.

There was also a figurine of the moon goddess Luna as well as a lamp shaped like the head of an African slave, the remnants of three life-size bronze statues, and various objects shaped like animals.

"A marine assemblage such as this has not been found in Israel in the past 30 years," according to Jacob Sharvit and Dror Planer of the Israel Antiquities Authority's Marine Archaeology Unit.

They stress that such metal statues represent rare finds in the world of archaeology because these were nearly always "melted down and recycled in antiquity."