THE MEN WITH THE PINK TRIANGLES
VICTIMS OF THE GAY HOLOCAUST 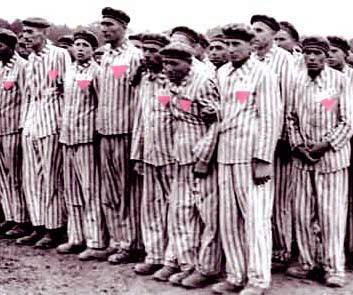 IN Nazi Germany, on January 28th, 1935, the Ministry of Justice revived and amended "Paragraph 175", the old Prussian statute created in 1871 that made Homosexuality a crime punishable by imprisonment.

The law was increased in severity and became the legal basis for the systematic persecution of male Homosexuals.

The Nazis believed that homosexuality endangered to the purity of the German people, that gay men corrupted the youth, preventing them from living normal married lives, and were therefore a threat to the race.

Homosexuality was denounced as an unnatural lust, and accused of being intrinsically Un-German, a disease imported by Jews and supported by Communists, the enemy of the Aryan People.

Imprisonment and sterilization were the initial penalties, but Heinrich Himmler revealed his true design when he said that the "extermination of degenerates" was in keeping with ancient Nordic principles (an interesting idea considering that many of the Dying-Boy-Gods, to whom we compare Antinous, were killed as ritual human sacrifices.) 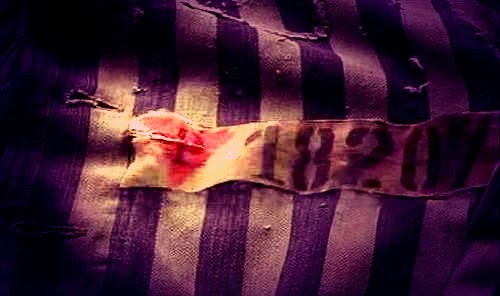 Men were arrested and sent to the concentration camps by the tens of thousands.

They were distinguished by the sign of the pink triangle, and subjected to extreme conditions of abuse.

The Men of the Pink Triangle were beaten regularly, subjected to hard labor, deprived of food and exposed to the elements.

They were abused by the Nazi guards and by other prisoners alike because everyone considered homosexuality the lowest of low, a sin and an aberration, even the homosexuals themselves.

An estimated 60,000 men were legally sentenced under "Paragraph 175," nearly all of them died, and this number only includes those documented in Germany. The number of unrecorded homosexuals, and those outside of German is impossible to know, but may be twice as many.

The Men of the Pink Triangle were so successfully persecuted that even after the Nazi defeat, Paragraph 175 remained law, and many gay inmates were sent to regular prison to complete their sentences. It was not until 1969 that the law was finally repealed.

We sorrowfully remember the legions of Men of the Pink Triangle who died cruel and vicious deaths under the Nazis.

We remember the evil that was perpetrated with the blessing of "Paragraph 175."

These men are our Martyrs, our Holocaust, our Guardian Saints, they suffered so that we would be Free.

We will never forget their painful and miserable deaths, and we pray to Antinous the God of Homosexuality, to watch over their immortal souls and give them rest. On this day we remember the horrors that were raised against us through the Amendment of "Paragraph 175."

Posted by Hernestus at 5:11 PM