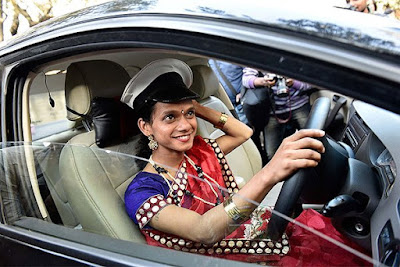 INDIA's first radio taxi service for the LGBTIQ community has been launched in spite of anti-gay laws and homophobic prejudice.


Wings Travel, along with Humsafar Trust, a Mumbai-based NGO that works to promote the rights of India's gay community, launched the pilot phase of the Wings Rainbow initiative by enrolling Chauhan and four others.

They hope to expand to at least 1,500 taxis in Mumbai (formerly Bombay) by the end of this year.

The service, to be called Wings Rainbow, may then be expanded nationwide.

"The LGBT community, especially hijras or transgenders, have very few economic opportunities because of the huge stigma that they still face," said Pallav Patankar, director of programmes at Humsafar Trust in Mumbai.

"We hope that this will set the ball rolling and that it will open up other such opportunities for them."

India’s Supreme Court recognized transgender as a legal third gender in April 2014 and, in a landmark judgement lauded by human rights groups, called on the government to ensure their equal treatment.

Despite this, sexual minorities ... especially hijra transgender people who are more visible ... have been driven to the fringes of society into begging and sex work, and face discrimination in jobs and basic services such as health and education.

"When you see a transgender or a gay person driving a cab in Mumbai, the other transgenders who are begging on the streets will definitely want to be a part of this change," said Ganesh Somwanshi, project director for Wings Rainbow. 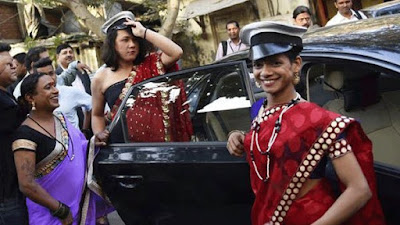 "There are so many of us who are in the sex trade or begging on the streets," Chauhan, who has been working as a counselor for Humsafar for nearly three years, told Al Jazeera.

"Working as a cab driver will not only give us a job and security but also a different kind of respect and acceptance within the society," Sanjeevani said.

According to government figures, there are 2.5 million gays in India.

In 2013 the Supreme Court of India shocked the world by re-criminalising homosexuality after previously throwing out a colonial era law that banned homosexuality in 2009.