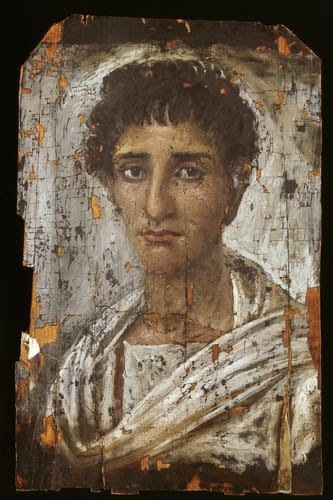 IN a discovery that has rocked the dusty world of Egyptology, experts have discovered that the artificial pigment Egyptian Blue was used as a "magical" background on mummy face-plate portraits found in the Fayoum Oasis near Antinoopolis.

Researchers discovered that the ancient artists used the pigment Egyptian blue as material for underdrawings and for modulating color.

Because blue has to be manufactured, it typically is reserved for very prominent uses, not hidden under other colors.

"This defies our expectations for how Egyptian blue would be used," says Marc Walton, research associate professor of materials science and engineering at Northwestern University.

"The discovery changes our understanding of how this particular pigment was used by artists in the 2nd Century AD. I suspect we will start to find unusual uses of this colorant in a lot of different works of art, such as wall paintings and sculpture." 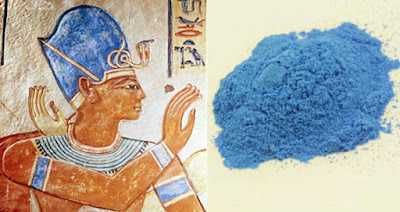 Egyptian Blue is one of the first artificial pigments known to have been used by man.

First created around 5,000 years ago by heating a mixture of a calcium compound, a copper-containing compound, silica sand and soda or potash to around 850-950 C, the precious pigment was reserved for the most exquisite of artworks.

In Egyptian belief, blue was considered the color of the heavens, and hence the universe. It was also associated with water and the Nile.

So it came as a huge surprise when scientists found traces of the rare pigment behind drab-colored mummy portraits, leading to a new understanding of how this particular pigment was used by artists in the heyday of Antinoopolis. 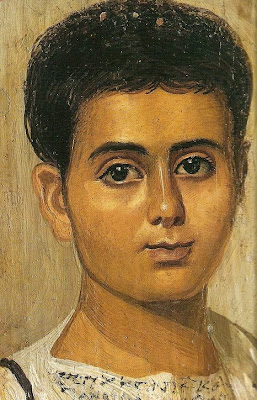 The mummy portraits are extremely fragile. They are lifelike paintings depicting specific individuals which would be incorporated into the mummy wrappings and placed directly over the person's face.

This style of artwork appeared in Egypt at the time Antinoopolis was founded on the site along the Nile where Antinous died in 130 AD.

In some cases, it has been possible to date the mummy from the hairstyles, jewellery and clothing depicted in the portrait.

The best Roman-era painters tried to emulate Greek painters, who were considered the masters of the art form. 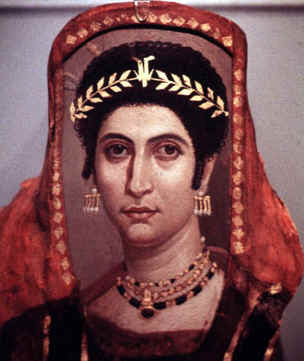 Before the Greek period, Egyptian blue was used everywhere throughout the Mediterranean … in frescoes, on temples, to depict the night sky, as magical symbolism.

But when the Greeks came along, their palette relied almost exclusively on yellow, white, black, and red.

"When you look at the Tebtunis portraits we studied, that’s all you see, those four colors," Walton says.

"But when we started doing our analysis, all of a sudden we started to see strange occurrences of this blue pigment, which luminesces. We concluded that although the painters were trying hard not to show they were using this color, they were definitely using blue," he adds.

"We are speculating that the blue has a shiny quality to it, that it glistens a little when the light hits the pigment in certain ways," Walton says. "The artists could be exploiting these other symbolically magical properties of the blue color that might not necessarily be intuitive to us at first glance."