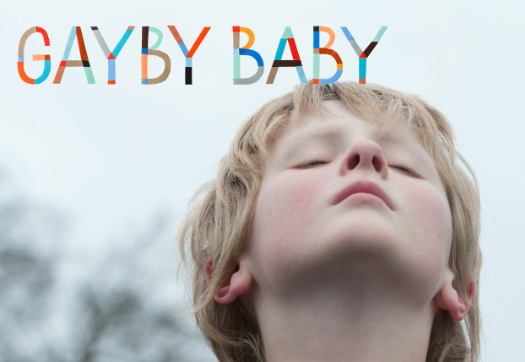 A modest, low-budget documentary film about gay parenting has sparked controversy in Australia ahead of its premiere today in art cinemas Down Under.

The film furore coincides with a very heated national debate over the issue of marriage equality.

Sneak previews of the film were scheduled at 50 high schools around the nation ... but screenings at 20 schools in the Sydney area were cancelled at the last minute by school authorities after a massive protest by rightwing religious and political leaders. 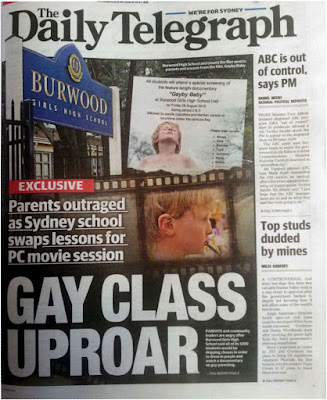 In a backlash against the cancellation, thousands wore purple on Friday to show their support for the film.

The controversy sparked by Australia's biggest tabloid over the documentary GABY BABY actually is a blessing in disguise, according to director Maya Newell.

She hopes public discussion can get back to the film's core themes when audiences get a chance to see it starting today.

It had been expected the film that documents the lives of four children … Gus, Matt, Ebony and Graham, all of which are growing up with same-sex parents ... would garner some negative attention … but even Newell was surprised by the vitriol that came to the surface.

"Kids in same-sex households have to develop thick skins as we’re often told that our families are not normal," she says. 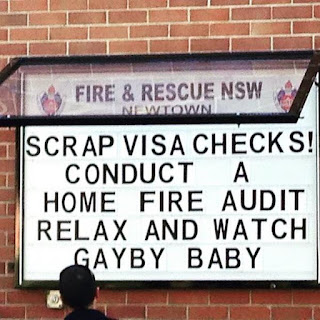 "What we could not have predicted was the level to which it blew up last week.

"What was lovely was that it feels like the majority was really in support of our families, the film and us. The backlash was actually really positive in the end but it definitely wouldn’t have been good to be a child in a gay family last week, and that’s the really sad part of it all."

Inspiration for Gayby Baby came from a feeling that for a group that has constantly been talked about by politicians and commentators, children of gay parents ... Newell included ... needed to actually have a say in the issue.

"I’m 27 and my mums have been together for 30 years and it’s certainly a strange thing to be talked about for years as if you’re a hypothetical: 'If [same-sex couples] had kids, would that be ok?'" Newell says. 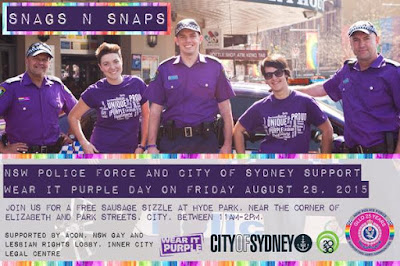 "Thousands of kids around the world and in Australia have grown up in these families and are now old enough to have their own opinion and voice to actually tell you what they think and what it's like.

"I really wanted to make a film that ... and I think actually is one of the first ... that shares the perspective of children growing up in these families. I hope it becomes one of many films that talk about this new generation of children and adults that seemingly intrigue the world."

Far from feeling like audiences are being preached and lectured to, Newell said Gayby Baby is an entertaining documentary with stories that anyone will be able to connect to, even those who decided to ban the film without seeing it.

"If there were just one thing I could say to everyone that has been listening to all of the news last week, it would just be to come and see the film for themselves," Newell says.

"The film is very entertaining, it will make you laugh and cry. It’s not going to be like medicine or a lecture, it’s got these gorgeous and incredible children that will surprise you."

Check out the trailer and see for yourself: