AFTER HADRIAN CLOSED THIS FORT
GERMAN VILLAGERS MADE IT THEIR HOME 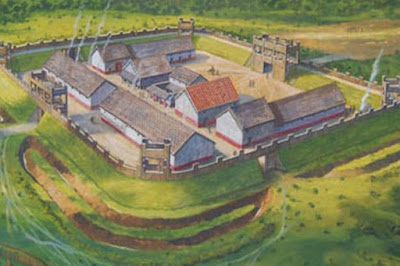 THE closure of a military base can have disastrous effects on a small community ... and it was no different in the time of Antinous.

Archaeologists in Germany have found that villagers relocated their homes inside the protective walls of an abandoned Roman fort after it closed during the reign of Hadrian.

The soldiers were gone ... along with their wages, which had fueled the local economy ... but they left behind an intact infrastructure which the villagers immediately incorporated into their own village. 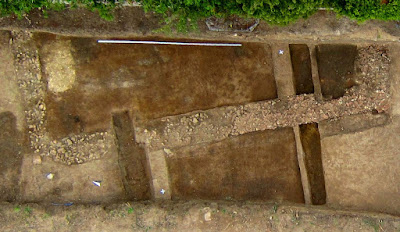 The drama unfolded at a fort in what is now Gernsheim, a German town located on the Rhine River about 31 miles (50 kilometers) south of Frankfurt.

Shortly after the fort's 500 soldiers left in about 120 AD, another group of people moved in and built a village literally on top of the settlement, researchers found. 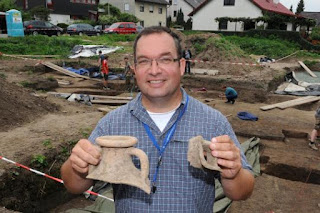 "A temporary downturn probably resulted when the troops left. We know that from sites which have been studied more thoroughly," dig leader Thomas Maurer, an archaeologist at Frankfurt University, said in a statement.

But the little village managed to prosper after the soldiers left, as stone buildings were built in the 2nd Century AD, during the Pax Romana, a 206-year period with relatively few conflicts in the Roman Empire.

The inhabitants likely had Gallic-Germanic origins, but a few "true" Romans ... people with Roman citizenship who had moved from distant provinces ... lived there as well, the researchers said. They based this idea on several tidbits of evidence, including pieces of traditional dress and coins found there.

One coin is from Bithynia, the birth place of Antinous in modern-day Turkey, which may have been a souvenir from someone's travels, hey said. 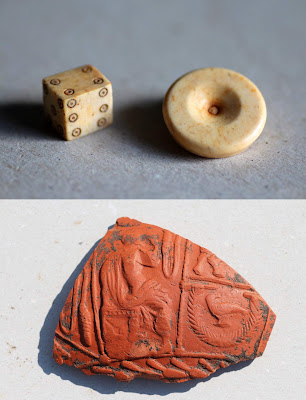 "We now know that from the first to the third century, an important village-like settlement, or 'vicus,' must have existed here," Maurer said.

After excavating the fort last year, the researchers returned this summer to look for evidence of the Roman settlement.

Their efforts paid off: They found relics of the village, part of it built on the foundations of the fort.

Excavation efforts, which began Aug. 3 and will last until early October, have already uncovered handfuls of artifacts.

Researchers have found the well-preserved foundation of a stone building, fire pits, at least two wells and some cellar pits. They've also found ceramic shards, which they plan to date to get a better grasp of the village's active periods.

"We've also found real treasures, such as rare garment clasps, several pearls, parts of a board game (dice, playing pieces) and a hairpin made from bone and crowned with a female bust," Maurer said in the statement.