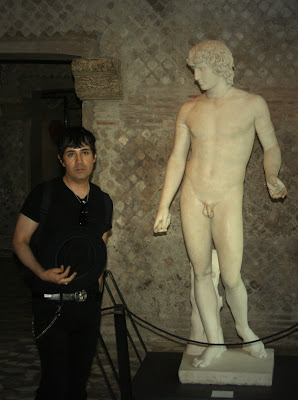 I have only been to one place in Europe so far, there was only one city I needed to see before I die ... Rome.
I went there full of turmoil and confusion
I had been in a dark place of doubt for a long time...I had no idea if the gods were real or if they were only my imagination.
Antinous was an exception of course,
But about the Gods...I was in a dark place.
So I went to Rome to see if I might find them. I wasnt sure what to expect. Literally the first building I entered after the hotel was the Pantheon within an hour of arrival. And from there I went directly to the Tiber...right by Hadrian's bridge near his mausoluem...I put my hand in the sacred water and washed my face and asked to be cleansed.

The next day I went to see the Forum...and then made my way down to the Temple of Venus and Rome...I walked into the ruins of her great Temple and felt the presence of Hadrian and Antinous...knowing for sure that I was standing in a place where they had once stood...and that was when it hit me.

The presence of the gods it was 4Real but silent and subtle! So mysterious! They aren't exactly what we are told about them...the stories are only fiction...but not exactly fake...they are the experiences of ancient visionaries who tried to explain what they had seen and felt...much like what I do when I try to describe Antinous to someone who has no idea what Im talking about. 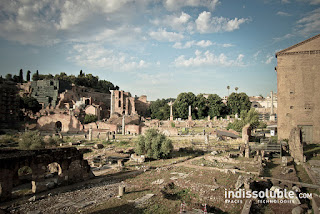 I felt her there...Mother Venus...the Mother of Rome and of all Latins everywhere in the world...it broke my heart to see her magnificent temple that Hadrian built in ruins...I felt a deep connection to her as never before in my life...and also because Hadrian built that temple, and Hadrian was Hispanic like me and he was the lover of Antinous. He founded the ancient religion of Antinous and now here I was...another Hispanic boy trying to re-found his temple standing among the giant ruins built by a the great and powerful man who came before me, lost and confused and looking for answers. That was the moment when all my doubt and confusion vanished and I fell in love with Mother Venus/Roma!...And the feeling has only grown stronger!

I made my way up the hill through the ancient Forum with so much history right there before my face and climbed the steps up to the Capitoline...saw the replica of the she-wolf outside and then entered the Capitoline museum where I finally came face to face with my first two ancient images of Antinous himself...spent a good deal of time with him almost neglecting all the other wonders and treasures of that beautiful museum. 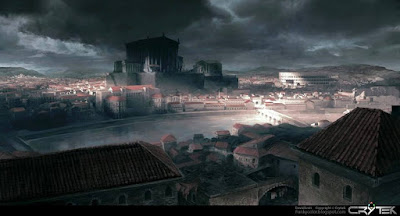 And then...Not even knowing it was there...I confronted the ruins of the Temple of Jupiter Capitolinus...the foundation blocks of which are exposed within the museum.

That was when I broke down in tears...(trying to act cool in front of the few strangers but my eyes burst out in rivers) to see how in the midst of this great and beautiful city, encrusted with jewels and gold and glory, how the Temple of the Best and Greatest God was nothing more than some rough stones from what was the basement, how the magnificent marble temple they once held above had long ago vanished!

I literally could not hold back the sorrow...not only at the sight of My Father's house reduced to nothing...but also because of all the outrage and confusion I had felt about Him for so long...deep grief overwhelmed me and regret...I begged him to forgive me and in a flash relief...I knew that he had heard me and that all the past was over. 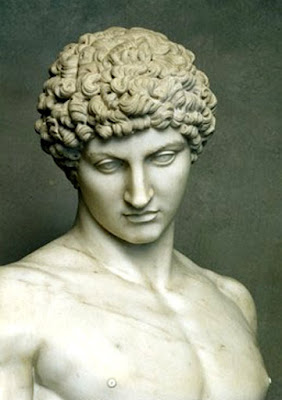 In retrospect I see that my feelings were like what Jews must feel at the wailing wall in Jerusalem. This was my pagan wailing wall.

The Temple of Jupiter will never be rebuilt...but as a consolation...at least the palace that now takes its place holds two magnificent Antinous images....at least Antinous stands on the sacred Capital...for me that image...The Capitoline Antinous is like the focal point of my resurgence an emblem of

The hope and promise that Antinous represents.
Tonight Venus and Jupiter came together in the sky and I am reminded of the power they hold over me...how together they saved my life and rekindled the fire in my soul when I was lost.
For me this is a sign that the transformation that took place in Rome has reached a point of culmination ... they want me to see and take note and reconnoitre my life again. 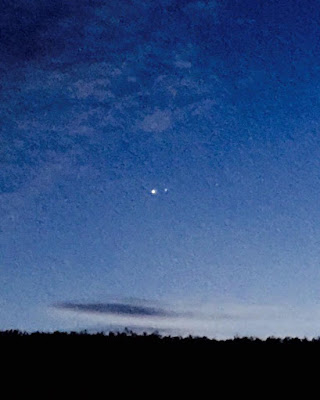 They want to remind me, they want me to renew my devotion...and of course, nothing works better than a powerful sign in the sky to light my way.

Tonight as I gazed upon them, so many feelings poured through my heart like a river of emotions...I wasn't even sure what to focus on as the one true hope to hold aloft. I held a jewel, like a key, close...with which to unlock hidden doors.

I smoked a cigarette and held the sacred tobacco smoke up to Father Sky...my father Jupiter...and then smiled at Venus because she knows my heart...theres no need for words.

But she still requires that I demonstrate my love...not so much for her sake...but for my own.

All I ask as this Great Conjunction takes place...is what the meaning of our Antinous Moon represents...that they will allow me to climb to the highest point of the Tower, like the Capricorn that I am...and give my eyes far-reaching sight to survey the horizon and observe the clock work of the cosmos all above and around.

I want to be as close to them as possible, to see their beauty and feel their power...I want to be able to take what they show me and bring it down from the Tower and show it to others and be able to express what the gods mean to me, and inspire others to climb the tower see for themselves.


And bless this new great age that has begun.
Ave Antinous!

Posted by Hernestus at 5:49 PM