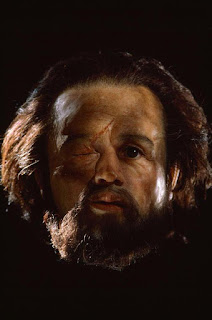 A new forensic study appears to solve a long-standing debate in Greek archaeology over the burial location of King Philip II of Macedon, the father of Alexander the Great.

Since the excavation of the three Great Tombs of the Royal Tumulus at Vergina in 1977 and 1978, many archaeologists have believed that Philip II was buried in Tomb II, dubbed “The Tomb of Philip.”

But a skeletal analysis of the leg bones from the remains of an adult male in Tomb I shows a severe lance wound that matches accounts in ancient written sources of an injury Philip II sustained during battle in 339. 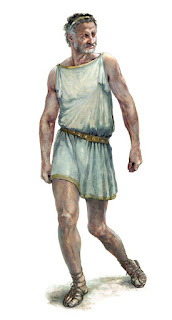 The authors of the study, published this week in the Proceedings of the National Academy of Sciences, argue that this not only offers the first definitive proof of where Philip II was buried, but it also suggests that some of the grave goods in Tomb II may in fact belong to Alexander the Great.

The team of Greek and Spanish archaeologists is the first to analyze the remains of the three skeletons in Tomb I.

They found that the bones belong to a middle-aged man, a young woman who was approximately 18 years old when she died, and a newborn infant of unknown sex. 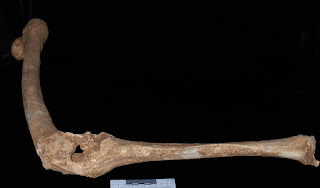 The forensic evidence confirms the ages-at-death reported in ancient literary sources for Philip II and the last of his seven wives, as well as their their infant child.

Three years before his assassination in 336 BC, Philip II suffered a devastating injury during a dispute with the Thracian tribe of Triballi after he refused to share the spoils from his recent campaign against the Scythians.

Though ancient authors such as Seneca, Plutarch, and Demosthenes differ on the precise location of the wound, the sources all indicate that he sustained a leg injury that left him permanently crippled.