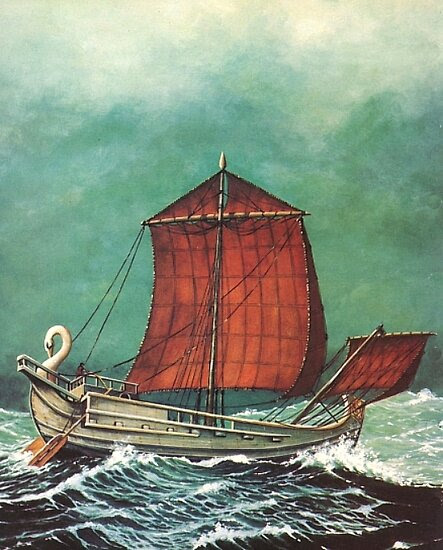 ROBOT SUBS have discovered two Ancient Roman shipwrecks almost a mile deep in the high seas of the Ionian Sea between Greece and Italy — disproving the ages-old theory that ancient mariners always stuck close to the shore to improve chances of survival in event of peril.

And we can thank "Robot Archaeologists"  for finding these cargo vessels which went down 1,700 years ago.

The discovery of the 3rd Century shipwrecks between Corfu and Paxoi are the latest example of how 21st Century technology is proving to be a valuable tool for archaeologists. Satellite imagery is helping to map out tombs and even entire cities buried under the sands of Egypt while deep-sea submersibles are turning up sunken treasures which otherwise would go undiscovered.

Italian archaeologists, using state-of-the-art submersible probes and sonar, have discovered numerous ANCIENT ROMAN SHIPWRECKS in recent years which date to the era of the Antonine Emperors, including Hadrian and his heirs.

The two Roman shipwrecks are the latest example, discovered at the bottom of the sea, nearly a mile deep, far beyond the reach of divers.

How were they found? Thank evil fossil fuels. The wrecks were discovered by robot subs while surveying the route where a Greek-Italian gas pipeline is to be sunk. The Greek surveyor was examining a 77 square mile patch of seabed and their radar and robot submarines discovered amphorae (storage jars for food and drink), anchors, stones used for ballast and what looked like remains of wooden ships. They raised a marble vase and samples of pottery.

Angeliki Simossi, head of Greece's underwater antiquities department, told Nicholas Paphitis of the  Associated Press that one ship was amphorae usually produced in north Africa, so it might have sailed from there and headed for Greece after a stop in Italy.

The wrecks are from the third century A.D. and lend more evidence to the idea that bolder ancient shipmasters did not just stick to coastal routes and ventured into the open sea. Of course, since they are wrecks it also explains why more cautious trade captains absolutely did stick to coastal routes when they could.  Smaller vessels such as this, 80 feet long and usually loaded with cargo and not built for open water navigation, liked to be closer to land to save the crew if things went wrong.
Posted by Hernestus at 9:00 AM