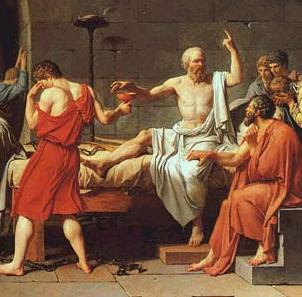 The most Divine and gentlest of all Philosophers was born on this day in 469. He was the son of the sculptor Sophroniscus, an artist, whose profession Socrates attempted during his youth.

His method of inquiry was the birth of human science because he found that those who understood virtue would naturally follow in its ways, while those who were ignorant of virtue would proceed without its benefit. He proclaimed that "the proper study of mankind is man," and his philosophy centered on temperance, piety, duty to parents, brotherly love, fidelity in friendship, and diligence.

He was an admirer of male, youthful beauty, and devoted his life towards the awakening of virtue in the hearts of young men. For this, in the year 400 B.C. he was put on trial by the many enemies he had made in the ruling classes of the city of Athens and condemned with these words: "Socrates is guilty of crime; first, for not worshipping the gods whom the city worships, and for introducing new divinities of his own; next for corrupting the youth. The penalty due is death."

He was sentenced to drink poison, which he readily accepted, dying as a virtuous martyr, for homosexuality and for human social consciousness. 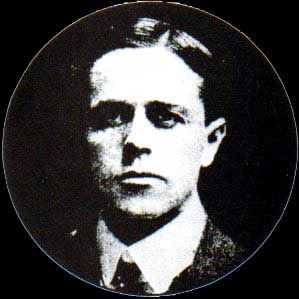 George Cecil Ives was born on October 1, 1867 in England. While in London, in 1892, a gentleman by the name of Lord Alfred Douglas encouraged him to join "The Cause", which was an early British movement to bring an end to homosexual persecution. Ives was a friend of Oscar Wilde and attempted to enlist him, but was unsuccessful.

Taking this Army of Lovers as their model for courage in the face of oppression, the Order of Chaeronea organized powerful and wealthy homosexuals who were otherwise unable to meet in public, into a secret political and spiritual force.

For his effort to undermine the oppression of homosexuals, for the holiness and sanctity upon which he upheld our sexuality, and for calling out to our beloved Antinous, we thank Saint George Cecil Ives, and pray to him to aid us in the continuation of his divinely inspired work. He died on this day in 1950.
Posted by Hernestus at 9:00 AM