NOT ANTINOUS THE GOD

BUT ANTINOUS THE SATURN MOON CRATER 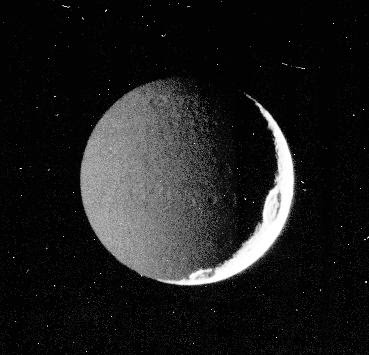 "And the resulting child from that pan-sexual tryst was born a little monstar with horns and hooves. He was called Pan because he was the son of Antinous and ALL the suitors. Penelope couldn't look at him, so she abandoned him, and he was taken in by Mercury, who absolutely adored the little monster. "Ah yes, Penelope gave birth to Pan in Mantinea!"

As for the fabled Mirror of Vulcan/Hephaestus — that is the stuff of Antinoian myth and magic for a future blog entry ....
Posted by Hernestus at 9:00 AM