ANTINOUS SHOWS TOURISTS HOW TO
GO STRAIGHT THIS WAY ... TO RENTAL CARS 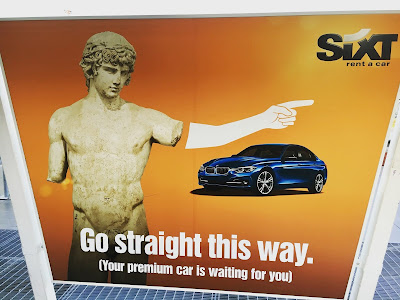 ANTINOUS shows the way ... for tourists in Naples Italy looking for their vehicles at a SIXT car rental agency.

The famous Delphi statue of Antinous miraculously has a left arm to show customers how to "Go straight this way."

We wonder if the pun was intended by the advertising agency! 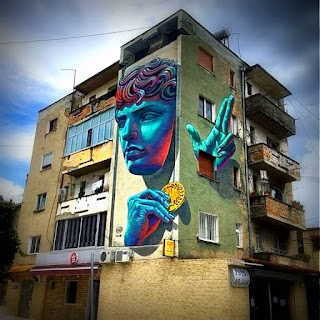 And look what a tourist in the Middle East spotted recently ... street art depicting Antinous giving his blessings to passersby from the walls of a five-story combination retail and residential building.

Antinous and Hadrian toured the Eastern Provinces of the Roman Empire in 128, 129 and 130 AD.

That fateful tour culminated in Antinous dying tragically in the Nile in Egypt in October 130 AD.

Grief-stricken Hadrian proclaimed Antinous a god, and issued an imperial command that the Religion of Antinous be spread throughout the world for all time ... a command which modern-day priests of Antinous continued to strive to carry out to the best of our abilities! 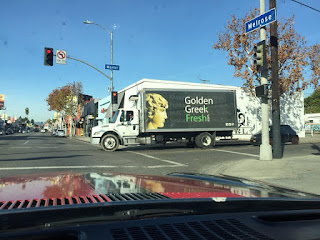 We love it when Antinous makes cameo appearances in advertisements.

He is routinely seen around Los Angeles on the sides of organic produce delivery trucks and WAS SIGHTED RECENTLY by our own Flamen Antonius Subia.

Meanwhile, Antinomaniacs in Britain and Europe could hardly believe their eyes when Antinous made a cameo appearance in a TV COMMERCIAL for an eyeglasses firm.

And Antinous miraculously also appeared recently literally around the corner from the Hollywood Temple of Antinous. 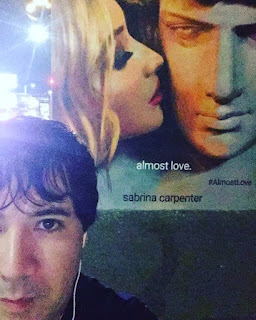 A larger-than-life, hand-painted wall advertisement adorned a building at the corner of La Brea and Melrose in Hollywood for a month.


The advertisement was for Sabrina Carpenter's single "Almost Love", and the image was all over social media.

That is the famous British Museum bust ... an exact replica of which adorns the altar of the HOLLYWOOD TEMPLE of Antinous.

"As soon as I saw the picture I knew where it was and ran down to see if it was true," our spiritual leader Antonius Subia says. "It's a miracle! It's a great sign from Antinous!"

Posted by Hernestus at 2:07 PM