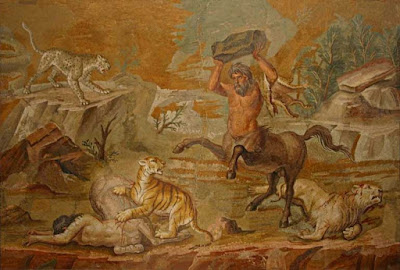 Zucker and Harris, founders of Smarthistory, aptly point out that this mosaic — only a tiny fraction of the dining pavilion's mosaic — must have been a profound source of dinner conversation.