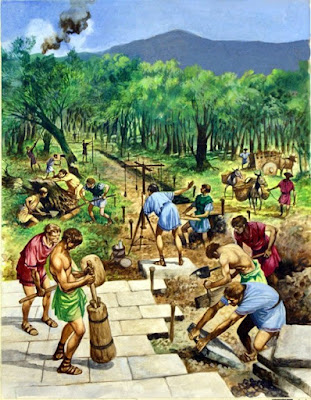 LOST Roman roads and hidden archaeological remains are likely to be uncovered in a new project to map the entire English landscape using state-of-the-art lasers.

Under plans unveiled by the British Environment Agency, specialist aircraft equipped with laser scanners will be touring the country, recording all 50,000 square miles of land in more detail than ever before.

All the data gathered will be made available for free for the public and industry including archaeologists, urban planners and even game developers.

Environment Agency chief executive Sir James Bevan said: “I'm pleased we are able to gather, use and share such valuable data to contribute to environmental improvements and conservation. 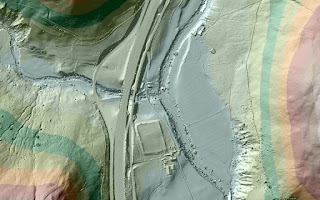 “This ambitious project will enhance our understanding of England's unique natural features and landscape.

“It's just one of the many ways the Environment Agency is using technology to help people and wildlife.”

Since 1998 the Environment Agency has used lasers to scan and map the English landscape to help with work such as flood modeling and tracking changing coastlines.

The "lidar" ... light detection and ranging ... technology, measures the distance between an airplane and the ground to build up a picture of the terrain, and can be used to detect sudden landscape changes. 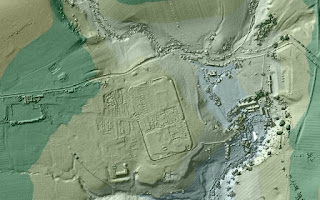 Around 75 per cent of the country is already mapped, but there is only sporadic coverage of upland areas and the new project, which begins in the coming months, will fill in the gaps.

The new data will also be far more detail than ever before with the whole country mapped at a one meter resolution for the first time using the most up-to-date laser technology.

The Environment Agency is hoping the new information will reveal hidden secrets of the country's past, with previous scans already helping archaeologists find missing Roman remains.

Archaeologist David Ratledge, who had been researching Lancashire’s Roman roads for more than 45 years, used the data to find 10 miles of a ‘lost’ Roman road between Ribchester and Lancaster, as well as 10 other routes, river crossings and even a suspected watchtower. 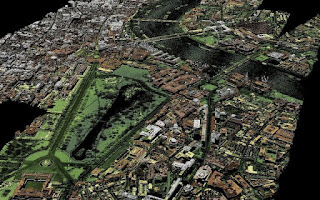 “Previously in Lancashire we only had aerial photographs from the 1940s and 1960s to go on, but with photographs features only show up after a drought and we don’t get many of those,” he said.

“With lidar, once you know what to look for, it’s blindingly obvious – you just know you’ve found a road, It’s been revolutionary.”

The late archaeologist Hugh Toller also found at least four ‘missing’ Roman roads in Northumberland, North Yorkshire and Cumbria including a lost part of the Maiden Way which joined a Roman fort at Low Borrowbridge, near Penrith, to Kirkby Thore, to the site of a Roman cavalry camp.

The new information will also be used by Natural England to assess wildlife habitat and while the Forestry Commission is hoping to learn move about tree coverage across England.