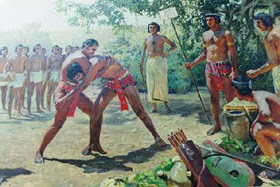 THE Ancient Egyptians invented sumo wrestling, according to a modern Egyptian man who has become a champion in the ancient Japanese art of one-on-one combat.

Abdel Rahman Shaalan recently won the title of world champion in sumo wrestling despite suffering an injury to his knees which threatened his performance in the world championship held in Japan. 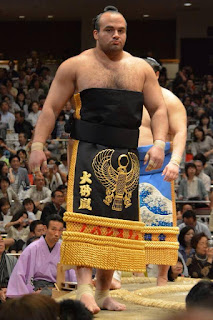 Shaalan also received the title of "ambassador of Egyptian tourism in Japan" and completed a documentary about Egyptian monuments, which will be screened in Japan this August.

He started the sport eight years ago when I was 16 and went professional player at age 19.

His most significant victory was winning the Professional Sumo League as the first Egyptian and Arab to do so.

Despite a knee injury, he managed to win 13 matches, losing only two.

He is now one of the top 40 sumo wrestlers internationally.

He is something of a celebrity in Japan, where he has been given the nickname "Osana Arashi" (Great Sandstorm) and has even been named an honorary police chief in one Japanese province. 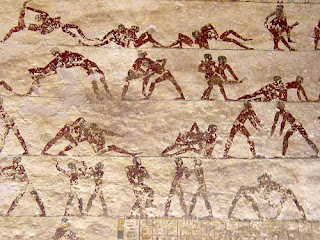 His study of sumo took him back to ancient Egypt.

He was led to tomb wall art in cliff tombs at Beni Hassan a few kilometers north of Antinoopolis on the Nile which shows Ancient Egyptians engaged in ceremonial wrestling.

"Although sumo is a Japanese sport, it actually has Egyptian origins," he says. "Pharaohs were the ones who first practiced the sport. In Beni-Hassan, Minya, hieroglyphics and drawings on the walls of cemeteries show Ancient Egyptians practising sumo wrestling."