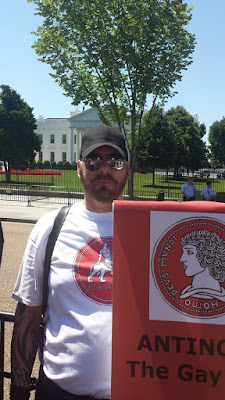 A contingent of Antinous adherents made history this weekend by marching in the Equality March in Washington.


Heading the Antinous contingent was novice priest Michael Isom, who carried an Antinous the Gay God banner and distributed leaflets.

He also paid respects at the Obelisk of Antinous in the Congressional Cemetery's LGBT Section. The monument ... the only Antinous Obelisk in the Western Hemisphere ... honors Antinous and Henry Moses III, who is a beloved saint of Antinous.

Across the United States, supporters of LGBT rights mobilized for marches and rallies Sunday, celebrating their gains but angered over threats to those advances.

The centerpiece event, the Equality March in Washington, was endorsed by virtually every major national advocacy group working on behalf of lesbian, gay, bisexual and transgender Americans.

Leaders of those groups have been embittered by several actions of President Donald Trump's administration ... including the rollback of federal guidance advising school districts to let transgender students use the bathrooms and locker rooms of their choice.

Throngs of marchers, many thousands strong, paraded past the White House and toward the Capitol, trailing behind a giant rainbow flag near the head of the procession.

We are proud that Michael Isom and his contingent held the banner of Antinous high! 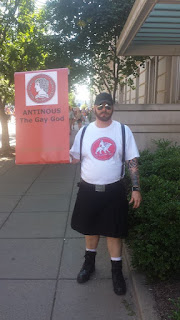 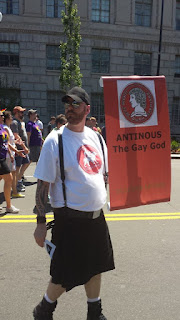 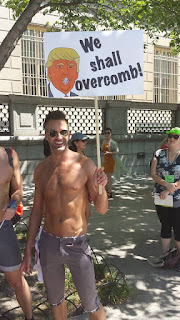 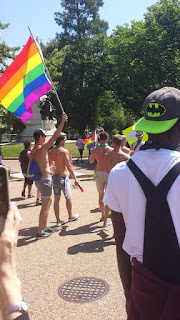 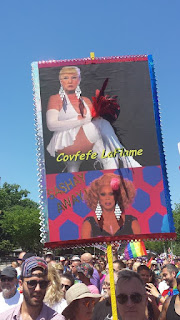 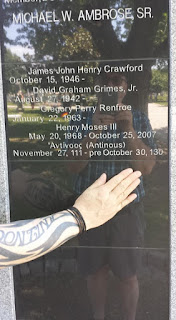 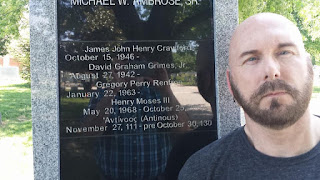 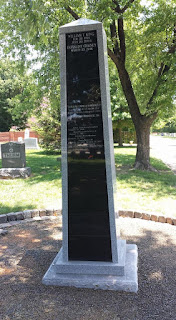 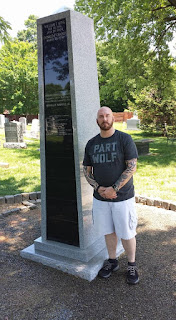