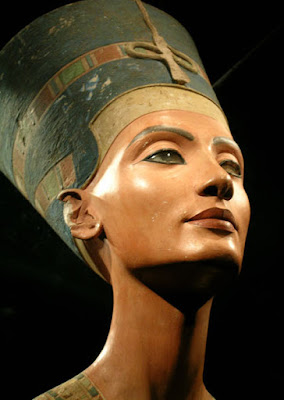 LAST month this blog broke the story that renowned Egyptologist Nicholas Reeves believes King Tutankhamun's tomb was built for Queen Nefertiti … and that Nefertiti's intact sarcophagus may be in a secret chamber behind a hidden doorway.

Our story (which you can READ HERE) made headlines around the world … and now the Egyptian government is taking Reeves's theory seriously and has promised to look into it further. 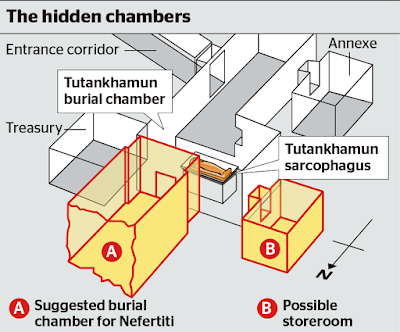 Archaeologists' reactions have ranged from cautiously hopeful to outright skepticism.

Leading the charge for the skeptics is Zahi Hawass, former head of Egypt’s Supreme Council of Antiquities.

He passionately states: "Reeves' study is a theory for fame and publicity and not based on archaeological or scientific evidences."

Less accusational, yet similarly doubtful, is Bristol University Egyptologist Aidan Dobson: "It's a long way from observing possible outlines of doors to the conclusion that one leads to the burial chamber of Nefertiti."

Reeves is the first to acknowledge that his is just a theory at this stage: "Each piece of evidence on its own is not conclusive, but put it all together and it's hard to avoid my conclusion,” And if his theory is right, then it's “potentially the biggest archaeological discovery ever made.”

Now Egypt's Minister of Antiquities, Dr. Mamdouh el-Damaty has responded to Reeves' claims. He plans to speak with Dr. Reeves and conduct several studies to determine if this new hypothesis is correct.

So that's good. It shouldn't be too difficult for non-invasive radar to at least determine if there is a void behind the walls of Tutankhamun's burial chamber. What they'll do next if there are indications that there IS something there is another matter. But that's certainly a good problem to have.