A LOST PALACE OF SPARTA FOUND 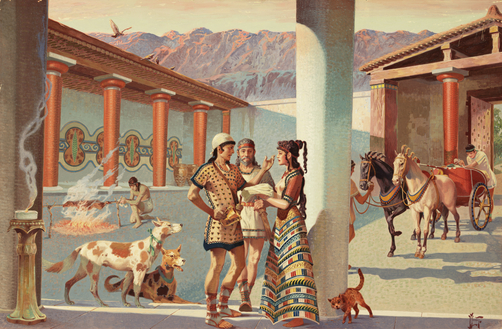 AN ancient Greek palace filled with cultic objects and clay tablets written in a lost script may be the long-lost palace of Mycenaean Sparta, one of the most famous civilizations of ancient Greece.

The 10-room complex, called Ayios Vassileios, was filled with striking artifacts, including fragments of ornate murals, a cultic cup with a bull's head, a seal emblazoned with a nautilus and several bronze swords.

The palace, which burnt to the ground in the 14th Century BC, also contained several tablets written in Linear B script, the earliest known form of written Greek, the Greek Ministry of Culture said in a statement. 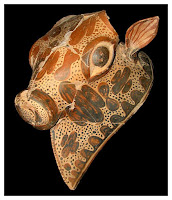 The ancient palace was uncovered about 7.5 miles (12 kilometers) away from the historical Sparta that arose centuries later.

But far more important than the location is the discovery of the Linear B tablets, experts said.

The new Linear B tablets at Ayios Vassileios are 100 years earlier than the next oldest tablets, and given that there is a Minoan settlement near the new Spartan palace, scholars may need to rethink how and where the language developed, they said.

The discovery could shed light on a mysterious period in the history of the Mycenaean civilization, the Bronze Age culture that mysteriously collapsed in 1200 BC.
Posted by Hernestus at 9:00 AM