TWO ANCIENT EGYPTIAN TOMBS FOUND
WILL ANTINOUS TOMB BE NEXT? 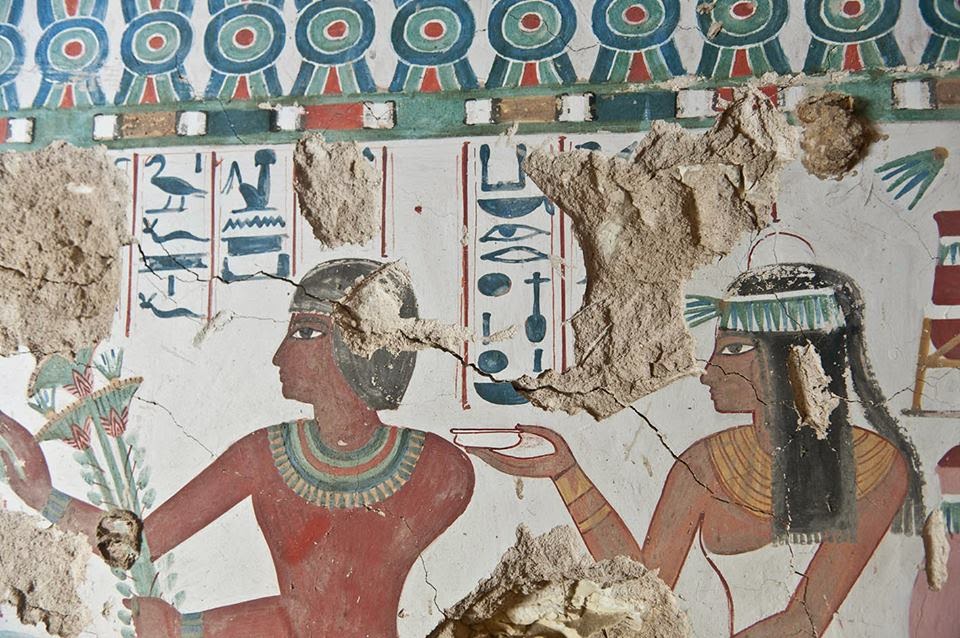 TWO ancient Egyptian tombs have been discovered at Luxor ... raising hopes once again that the Lost Tomb of Antinous could still yet be found.

If tombs can still be found even in Egypt, where archaeological digs have been going on for centuries, then the resting places of such personalities as Alexander the Great and Antinous may also be hidden under the sands.

Antinous died in the Nile in Egypt, but his resting place has never been identified. 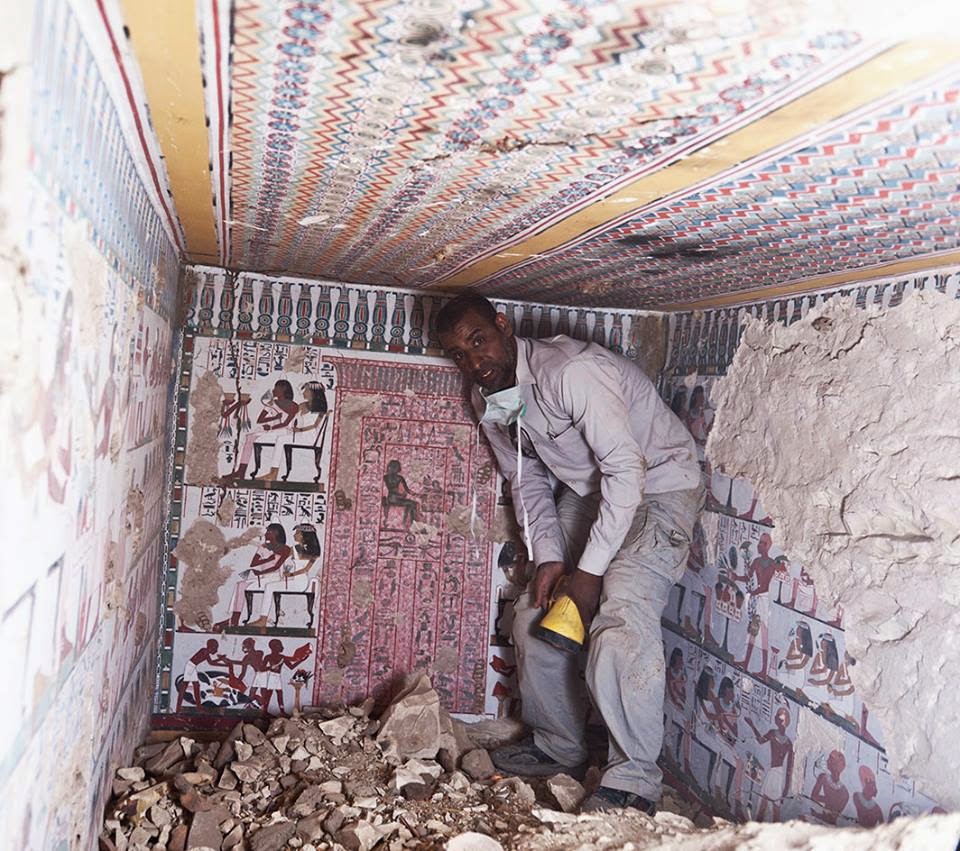 The Egyptian Ministry of Antiquities said the two "new" ancient tombs were found in Western Thebes at the village of Qurna.

One tomb was identified as belonging to a man called "Amenhotep" who was also called Rebiu, the door-keeper of the god Amun.

The second tomb is T-shaped and its owner is "Sa-Mut" and most probably dates to the 18th Dynasty of the New Kingdom .

It contains a number of beautiful scenes painted on plaster with extremely bright colors (shown here).

The tomb consists of a transverse hall and unfinished side chambers with shafts. It was robbed in antiquity and some of the texts and scenery were deliberately damaged.