THIS PUZZLING POMEGRANATE EMERGED
FROM THE UNDERWORLD OF A VINTAGE CAR 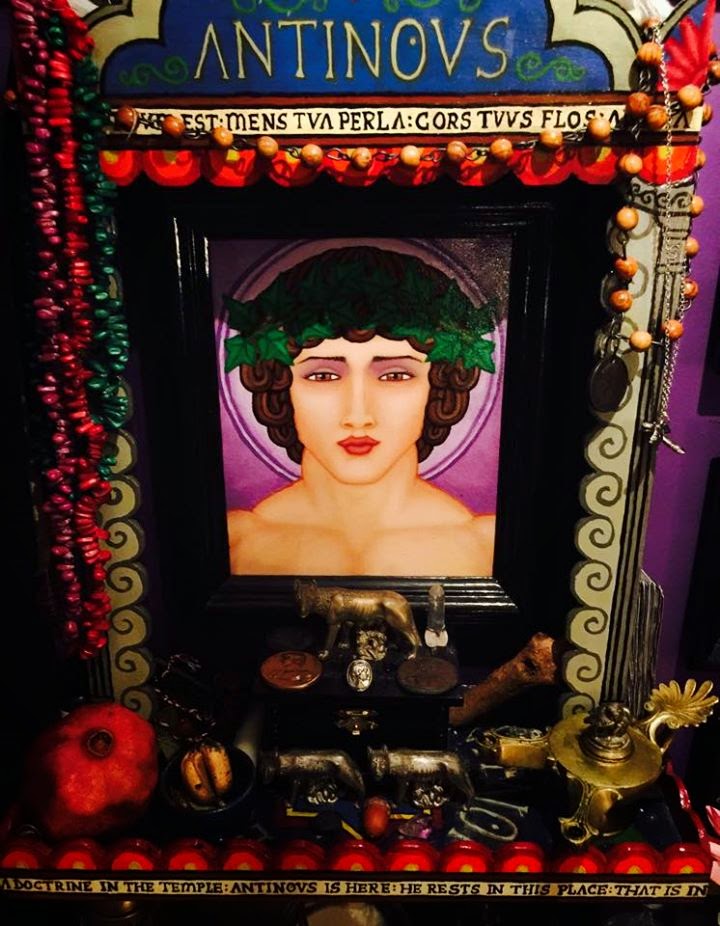 THE Puzzle of the Pomegranate.

Antonius Subia was driving his vintage Camaro through the streets of Hollywood the other day when he braked suddenly ... and a pomegranate rolled out from under the seat. 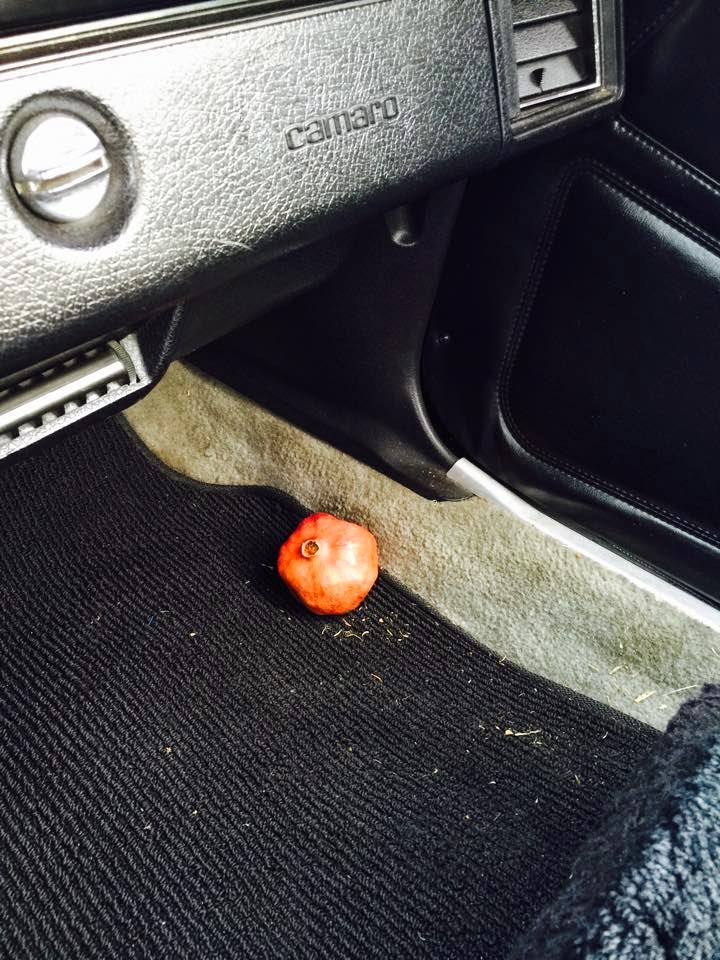 He had bought it weeks ago and had forgotten it.

Its reappearance "from the underworld" coincides with this week's Equinox celebration of Persephone emerging from Hades with a pomegranate.

Pomegranates symbolize Antinous priests: "Severe on the outside and indulgent on the inside," says Priest Uendi, who has a pomegranate tapestry behind her Antinous altar.

Antonius meanwhile shares this photo of his Antinous Lararium altar with the magic pomegranate that suddenly returned from the underworld in his car.