POMPEII'S VILLA OF THE MYSTERIES
REOPENS IN ITS ENTIRETY

POMPEII's biggest house, the Villa of the Mysteries, is set to reopen in its entirety on March 20, following nearly two years of restoration work that began in May 2013.

The restoration was funded by the Special Superintendency for the Archaeological Heritage of Naples and Pompeii (SANP) and was conducted in lots so that parts of the Villa were still open to the public throughout the restoration process.

The Villa was first discovered in excavations in 1909 and was exceptionally well-preserved despite the eruption of Vesuvius in 79 A.D., which covered it in a layer of over 30 feet of volcanic ash. 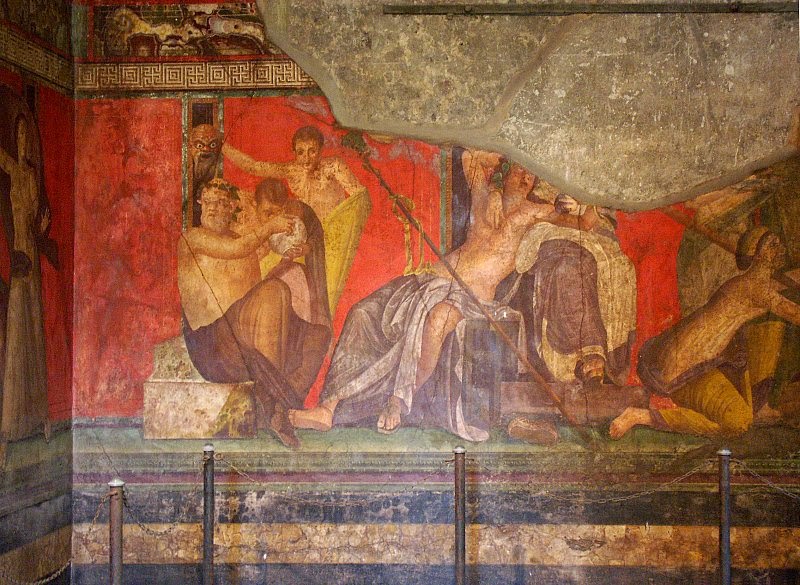 The recent restoration work, which involved 70 rooms of the Villa, corrected some of the damage inflicted by previous restoration techniques that were found to be harmful to the Villa's frescoes over the years.

In work done during the 1930s, wax was applied to preserve the frescoes, but ultimately faded the colors, something that was corrected using techniques to first identify the nature of the chromatic alterations and other damage over time and then perform restorations.

In addition to work done to restore the Villa's frescoes, the most famous of which is the Dionysiac frieze portraying the mysteries of the Cult of Dionysus from which the Villa takes its name, work was also done to clean the intricate mosaic floor decorations.