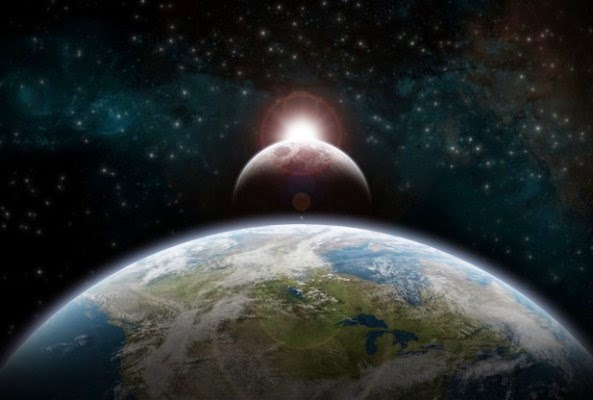 THE Equinox Solar Eclipse has just past its peak and the sun is beginning to reappear.

Priests Hernestus and Martinus have just completed a meditation ritual for this historic celestial event.

Joined across the cyber-aether, Martinus (in Britain) and Hernestus (in Germany) joined together in a crystal-enhanced meditation in which they visualized Antinous standing vulnerable on the deck of the imperial barge in the final moments of his earthly life ... on the threshold between mortality and divinity.

Priests of Antinous in the Western Hemisphere will celebrate the Equinox later Friday with special Skype ceremonies originating from the Hollywood Temple of Antinous.

Antinous worshipers in the UK, Germany, US, Mexico and Brazil are commemorating the change in the seasons, the Eclipse and the New Moon ... which is a "Super Moon" because the moon is closer than usual to the Earth and will appear somewhat larger than usual.

Shortly after the New Moon Solar Eclipse, the Sun shifts into Aries for the Equinox.

This is the start of the astrological new year, and the symbolism could not be stronger: This is an ending and also a new beginning. It is the best time of year to plant the "seeds" you want to see growing in your own personal life.