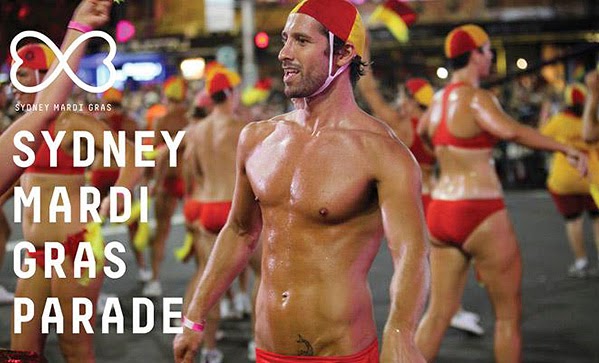 IN recent days, Antinous has wept for the people stoned, burned alive and thrown off tall buildings by Islamic State militants who accused them of being homosexual.

But tonight Antinous is weeping for joy for the Sydney Gay and Lesbian Mardi Parade and Party ... and this year's Mardi Gras theme is "Passion."

As this blog item is being written, hundreds of thousands of spectators are cheering as 10,000 marchers and 150 floats proceed amongst a sea of glitter and dazzling fireworks along Flinders and Oxford streets in the heart of the Darlinghurst gay ghetto in the annual parade.

It's the festival centrepiece and the guest list for the Mardi Gras parade and party (7 March) is as shimmering and shiny as a disco ball.

The world’s best DJs and party people flooded into Sydney for Mardi Gras, starting with a Day For Night (20 February) dance party at Carriageworks. 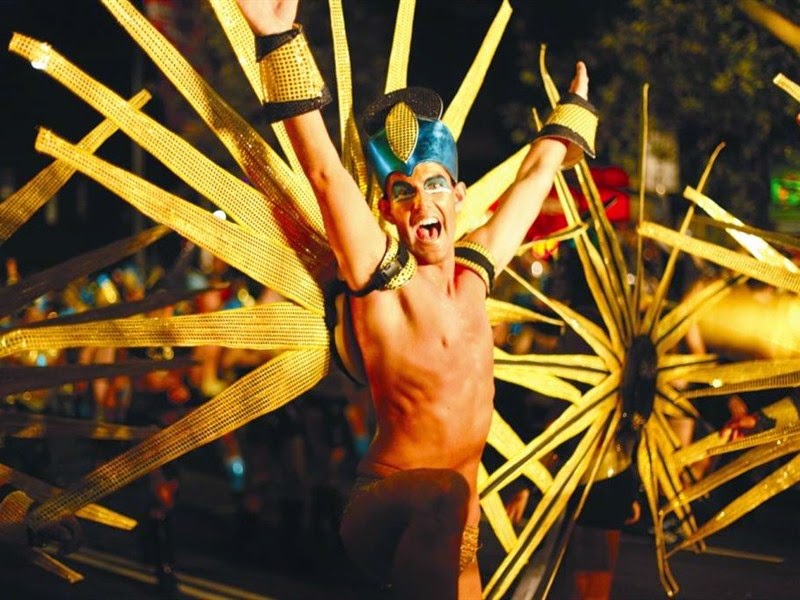 Jake Shears performed his first solo show ever with Shears Unsheared (5 March) at the Beresford. Comedian-slash-actress-slash-singer Sandra Bernhard took over the Enmore (6 March).

And the one and only Rufus Wainwright will command the stately State Theatre (9 March).

Those after something a little different enjoyed a performance of 17th century songs, sonnets and scenes by actor/counter-tenor Glenn McKenzie in Evensong (26 to 28 February).

All the world’s a stage – or least it seems so during Mardi Gras. Performer Nick Coyle has created the gayest one-man show with Blue Wizard for Belvoir (19 February to 15 March). 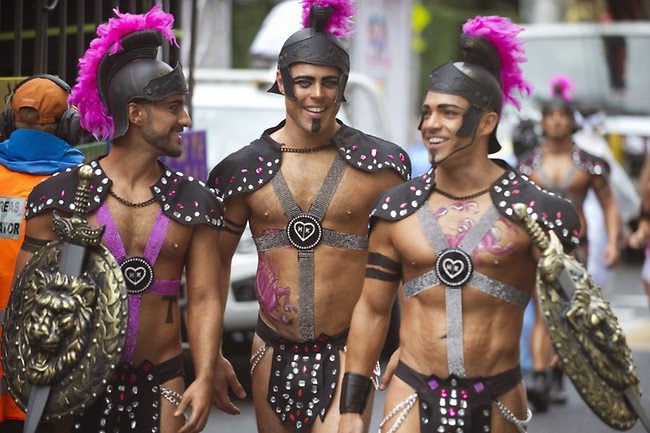 British actor Garry Roost brings his acclaimed play Pope Head(24 February to 26 March) about the life and times of artist Francis Bacon to Sydney, before touring it to Melbourne and Brisbane.

The lives of children raised with same-sex parents are explored in Gaybies at Darlinghurst Theatre (6 February to 8 March) and the boy-leaves-boy-meets-girl drama of Cock lands at the Old Fitz (5 February to 6 March).

Fresh from her victory on Ru Paul's Drag Race, the queen of queens Bianca Del Rio will perform her comedy special at Sydney theatre (27 February).

Take a look yourself: