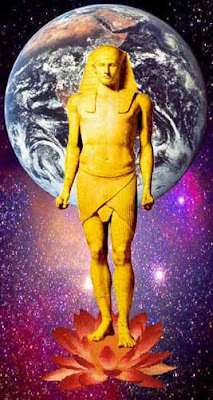 ON January 12th, as the Sun moves out of alignment with the STAR OF ANTINOUS, we celebrate the festival of ANTINOUS NAVIGATOR.

"Antinous the Transfigured steps away and The Boat of Millions of Years in One Moment, leaves the shore of the known cosmos, sailing out into the darkness of the abyss on its voyage to the Black Star, the way of the void, where the heaven of Antinous lies concealed beyond the veil of the cloud of unknowing, where he enters the fullness of the Place of Light, and restores the unity of the Aeons.

"This is the Via Negativa whereupon the soul-triumphant is lost in the open space of non-being, awaiting the Dark Bird of Night, the Thunderbird-Phoenix-Eagle that will elevate his heroic spirit to immortality. Only Antinous can guide the Boat of Millions of Years  across this expanse of darkness.

"This journey, which ends as it begins, which arrives as it departs, is the eternal heaven which Antinous has accomplished for all those who are his chosen, who answer his call, and who believe in him."