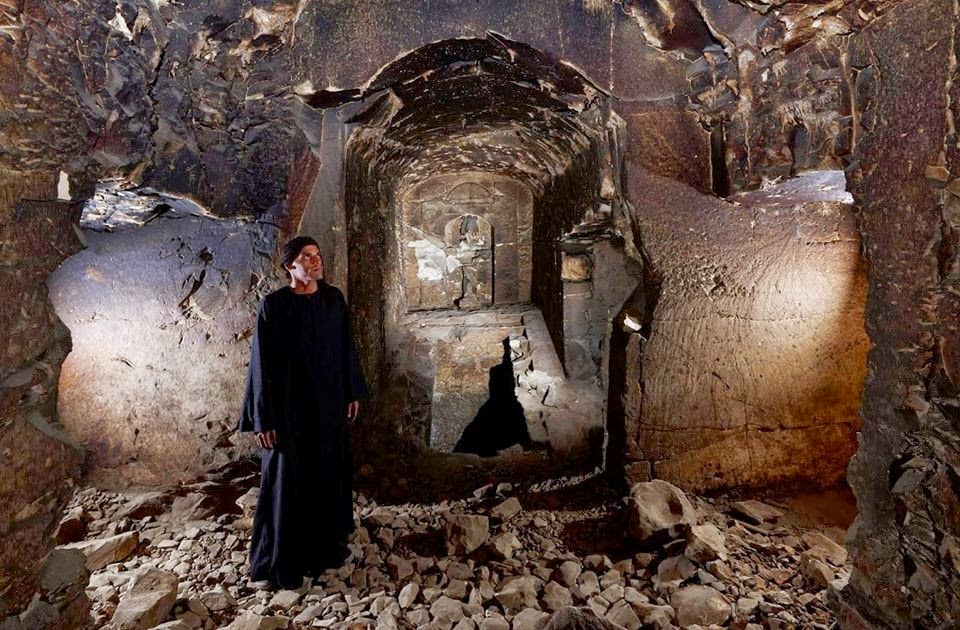 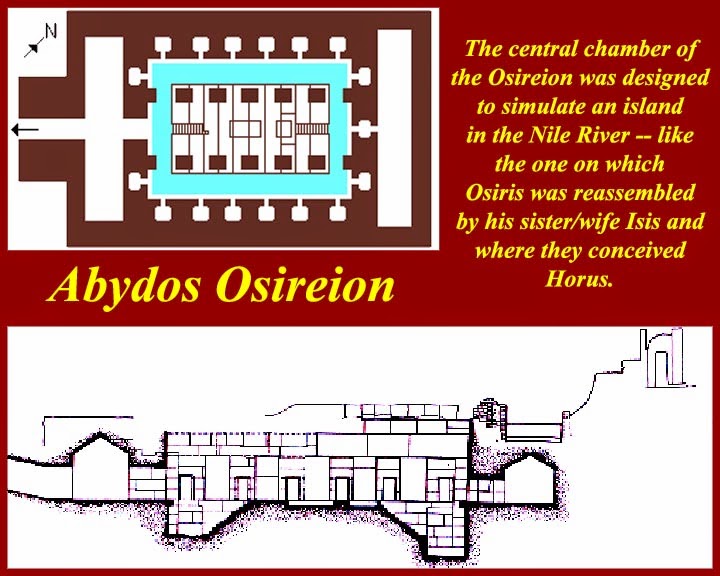 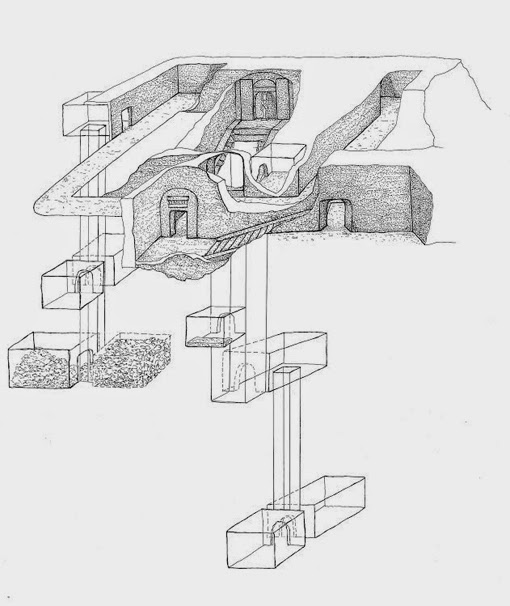 It's connected to a 23-foot shaft right in front to another empty room. At the bottom of the same shaft there are two rooms full of debris.
Talking to the Spanish news agency EFE, the leader of the Spanish-Italian team that has uncovered the tomb, Dr. María Milagros Álvarez Sosa, said these demons are there to protect the body of the deceased. According to Alvarez Sosa, it's a tomb of "great importance"
"It's unique because it embodies all the features of the mythical Tomb of Osiris," she said.
The tomb was initially catalogued by Philippe Virey in 1887. Later in the 20th century there were some attempts to draw a plan of the main structure. Tomb Kampp-327 however was never described and published.
Posted by Hernestus at 12:00 AM