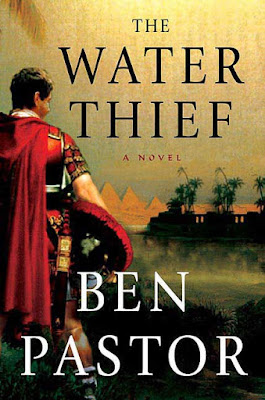 She knows more about Hadrian and Antinous than almost any other living expert.
Her historical novel THE WATER THIEF is an example of fine scholarly research, as are indeed all of her books.
This novel traces the efforts of Aelius Spartianus to discover the fabled LOST TOMB OF ANTINOUS.
Aelius Spartianus is a true-life figure who did in fact write a biography of Hadrian nearly 200 years after the death of Antinous.
Set in the year 304 AD, it tells of this very literate Roman army officer who is commissioned by Emperor Diocletian to do research on his predecessor the Divine Hadrian, who had died nearly two centuries earlier. 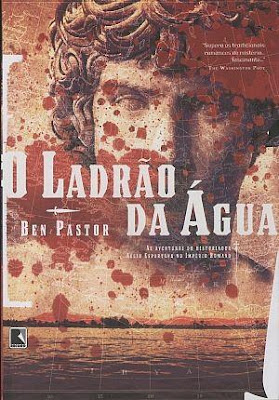 It is while delving into the mystery of the death of Antinous and while trying to learn the whereabouts of the Boy's tomb that the officer stumbles onto evidence of a letter penned by Hadrian uncovering a covert conspiracy to bring down the Empire ... a conspiracy that is still very much at work in 4th Century Rome.
As Spartianus comes ever closer to finding the answer to the death of Antinous, the conspirators' efforts to thwart him become ever more violent, resulting in numerous brutal murders and attempts on the officer's life.
Pastor's descriptions of Rome in the year 304 AD are superb. You get a real feel for the teeming city in mid-summer, with all the odors and noise, colors and steamy heat that that implies.
Best of all, for those of us who love and worship Antinous, are the chapters in which Spartianus ensconces himself in Hadrian's derelict villa outside Rome.
It is there, as he stares up into the stars at night, that he makes a startling connection between the layout of the villa and the eight visible constellations in the nighttime sky in late October when Antinous died ... indicating that Hadrian's obsession with horoscopes and astrology led him to create an earthly universe where time stood still at the death of Antinous. 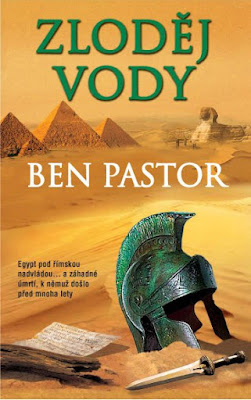 Did Hadrian's belief in astrological fate compel him to have Antinous killed? Or did Antinous take his own life in a bid to fulfill his astrological fate?
Or was it more mundane? Did he and Hadrian have a lovers' tiff that ended tragically? Was he done in by young male rivals intent on gaining Hadrian's affections for themselves?
Or was something even more sinister at work? And why is someone desperate to preventing the officer from finding out what happened to Antinous all those years ago?
For those of us who love Antinous, this book is a joy to read. Pastor works in many small and obscure details which are well known to his modern-day followers.
To give just one example, the Roman officer expends a great deal of effort trying to locate and decipher the OBELISK OF ANTINOUS which today stands in a park in Rome and is the focus of much current research in the 21st Century.
The obelisk's key inscription, which is the focus of modern experts seeking his tomb, says that Antinous "rests within the garden bounds of the great lord of Rome". 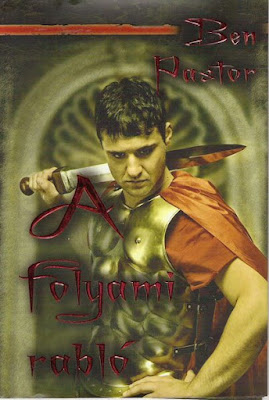 Just as today's researchers have puzzled over the meaning of that phrase, Ben Pastor's protagonist must also make sense of it ... and he arrives at a startling answer that almost costs him his life and jeopardizes future of the Empire.
The novel's characters are well drawn and the reader identifies with Spartianus as he attempts to unravel this Gordian Knot while at the same time pulling together the strands of his own personal life.
There are numerous gay characters and they emerge as well-rounded and believable characters, especially the flamboyant Egyptian gays who find themselves unwittingly the target of unscrupulous killers in their very midst.
The tales of Antinous and Hadrian which unfold as the investigation progresses are a true pleasure to read, if only because they are all so contradictory and often far-fetched ... precisely as they are to today's researchers.
Spartianus must work his way through this thicket of tall tales and outright lies and defamations in order to determine precisely what sort of persons Hadrian and Antinous were ... in order to save the Empire two centuries after their deaths.
One of the more outlandish tall tales is told to Aelius by a Roman transgender hustler named Cleopatra Minor who claims to have frequented a notorious whorehouse which specializes in boys for aristocratic customers whose villas line the Bay of Naples. 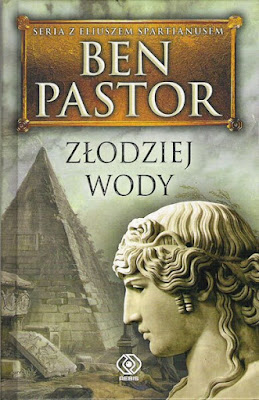 Cleo claims it is "well-known there" that Antinous was a boy prostitute who had just arrived from Bythinia and "had barely become accustomed to his little bed" when Hadrian stopped by the whorehouse and took a fancy to him.
There are lots of other, equally intriguing characters in this book. But the most intriguing character of all, of course, is the one character who cannot take active part in the plot but whose presence is felt at every turn of the plot:
Antinous himself.
Though the 4th Century murders take center stage in the story, this book actually is more concerned with telling the story of Antinous and Hadrian and their abiding love affair which spans the gulf of the centuries.
As you read the novel, you get a growing awareness of Antinous as the living, breathing, three-dimensional human being that he must have been in life.
The more Spartianus looks into the life of Antinous, the more he becomes obsessed with the Blessed Boy. He simply has to find that tomb, even if it means his death and the downfall of Rome.
We won't give away the thrilling ending, except to say that, when Spartianus finally "exchanges glances" with Antinous (in a manner of speaking), Spartianus is overcome with emotion ... and the reader finds it hard to hold back the tears.
CLICK HERE to order, but don't wait too long ... or the Water Thief will catch up with you.
Posted by Hernestus at 12:00 AM