NOW THIS IS WHAT WE CALL AN AGED BREW
3,200-YEAR-OLD BEER MAKER'S TOMB FOUND 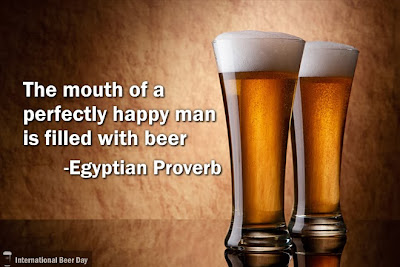 IT is possible that the last beverage which Antinous drank was Egyptian beer ... a thick barley beverage that had to be sipped through a straw.

It was just the thing to quench a tourist's thirst under the hot sun of Egypt. The Egyptians had been brewing beer for thousands of years before Antinous visited the Land of the Nile in 130 AD. 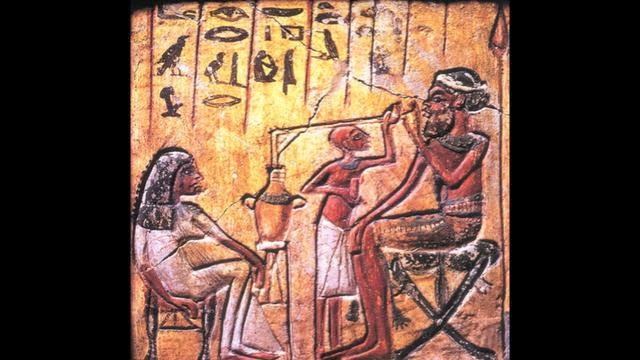 A Japanese team headed by Jiro Kondo of Waseda University stumbled onto the tomb of ancient beer-maker Khonso Em Heb while working at an adjacent tomb at the Thebes necropolis across the Nile from Luxor.

The tomb, replete with highly colored frescoes, is being hailed as one of the most significant finds of recent times.

Egypt's antiquities minister Mohamed Ibrahim described Khonso Em Heb as the chief "maker of beer for gods of the dead" adding that the tomb's chambers contain "fabulous designs and colors, reflecting details of daily life... along with their religious rituals."

One fresco shows Khonso Em Heb ... who apart from being a brewer, headed the royal storehouses during the pharaonic Ramesside period (1292-1069 BC) ... making offerings to the gods along with his wife and daughter. 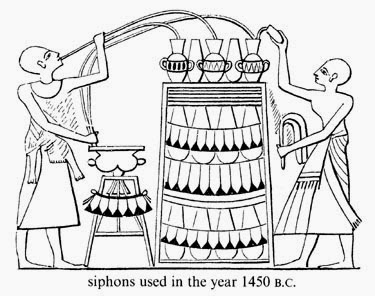 Beer became vital to all the grain-growing civilizations of Eurasian and North African antiquity, including Egypt.

It became so important that in 1868 James Death put forward a theory in "The Beer of the Bible" that the manna from heaven that the Hebrew god gave the Israelites was a bread-based, porridge-like beer called "wusa."

These beers were often thick, more of a gruel than a beverage, and drinking straws were used by the Egyptians to avoid the bitter solids left over from fermentation.

Though beer was drunk in Ancient Rome, it was replaced in popularity by wine. Tacitus wrote disparagingly of the beer brewed by the Germanic peoples of his day.

The Romans called their brew cerevisia, from the Celtic word for it.

Posted by Hernestus at 1:12 PM